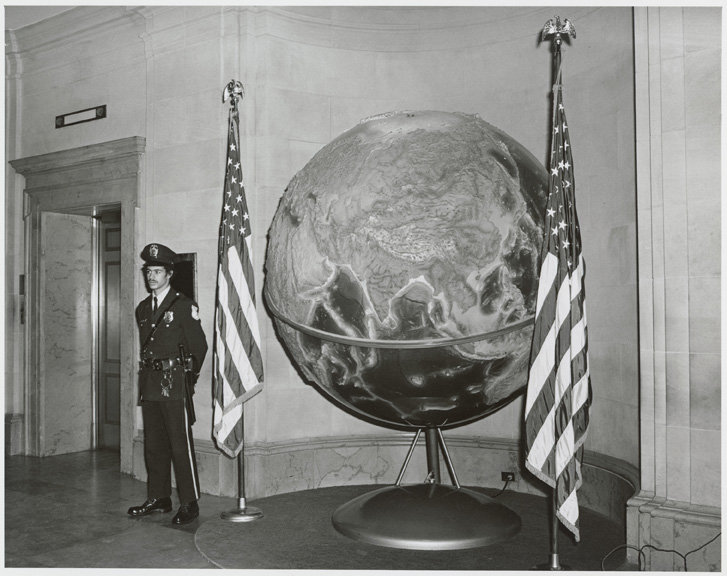 Try to find the date or year when this image was made.
Thanks for contributing!
Creator(s): General Services Administration. National Archives and Records Service. Office of Educational Programs. Education Division. ?-4/1/1985

Original Caption: A large, transparent globe showing the earth's land water areas in relief stands in the Pennsylvania Avenue lobby of the National Archives Building. Made by Terr-A-Qua Globes & Maps Co., of Santa Ana, Calif., the globe was contributed to NARS by Dr. Talbert Abrams in honor of Capt. & Mrs. Finn Ronne. The diameter of the globe is 6 1/2 feet. It was presented to NARS October 21, 1969. This picture was made in January 1975. The globe is part of the Center for Polar Archives, which was established in the National Archives in 1967 and which has papers of Capt. Ronne among its holdings.