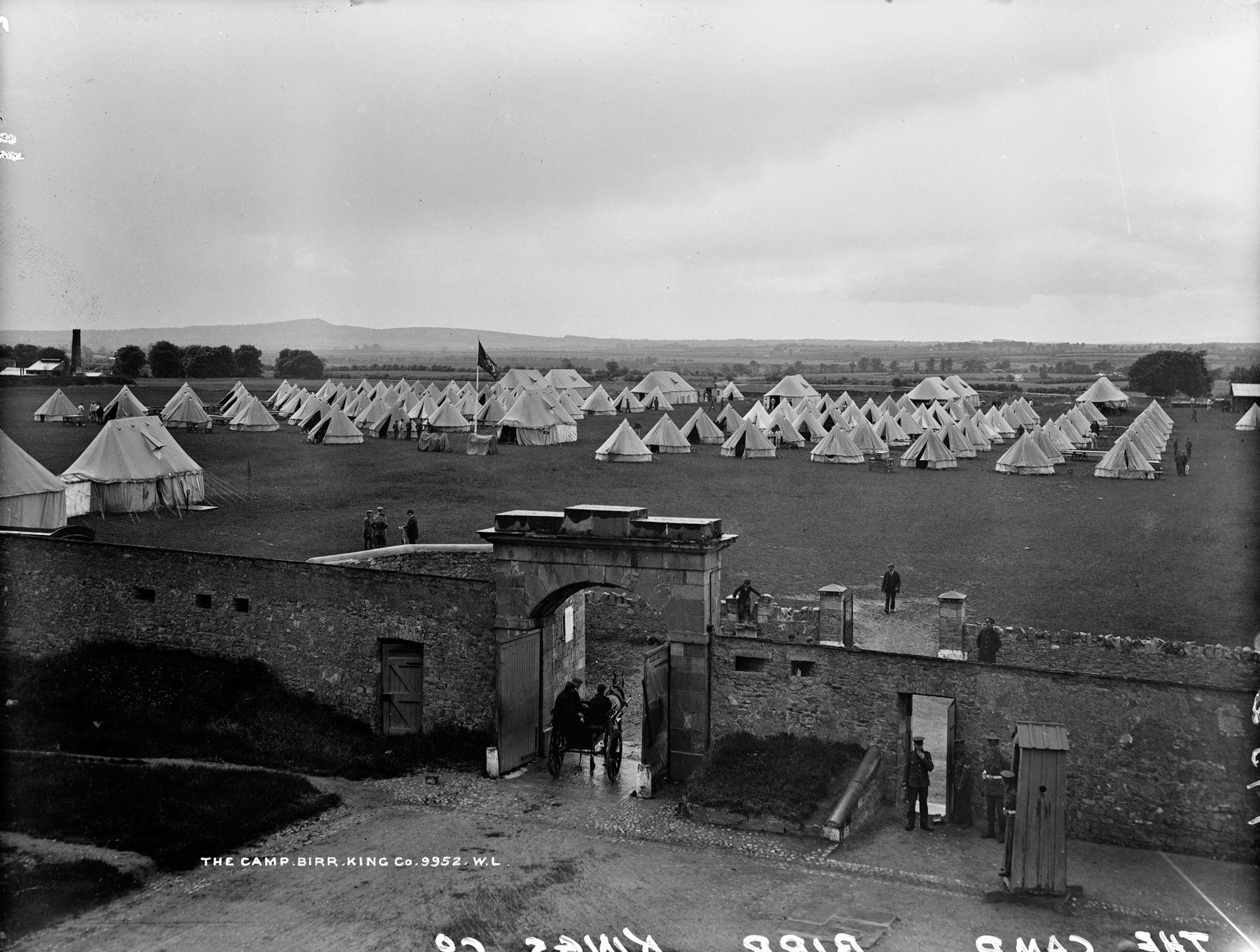 Try to find the date or year when this image was made.
Thanks for contributing!
And faithfully following French's journey in the Faithful County we have a military camp with serried lines of "bell tents" inside/outside a military base. This was either when the army were on a war footing or when manoeuvres were underway. Is it at the extreme end of the Lawrence range or earlier, perhaps during the Boer War?

Various contributors (including swordscookie and beachcomberaustralia) confirm that this is Crinkill Barracks in Birr. Niall McAuley suggests that it may have been captured from "upon high" nearby. Flickr user Stephen Callaghan captured some similar photos of the barracks very recently, and has since confirmed that this was the main gate, and likely captured from atop the barrack block. Stephen tells us that the camp-area was known as the "Fourteen Acres", and "was used for parades, training and sports"....