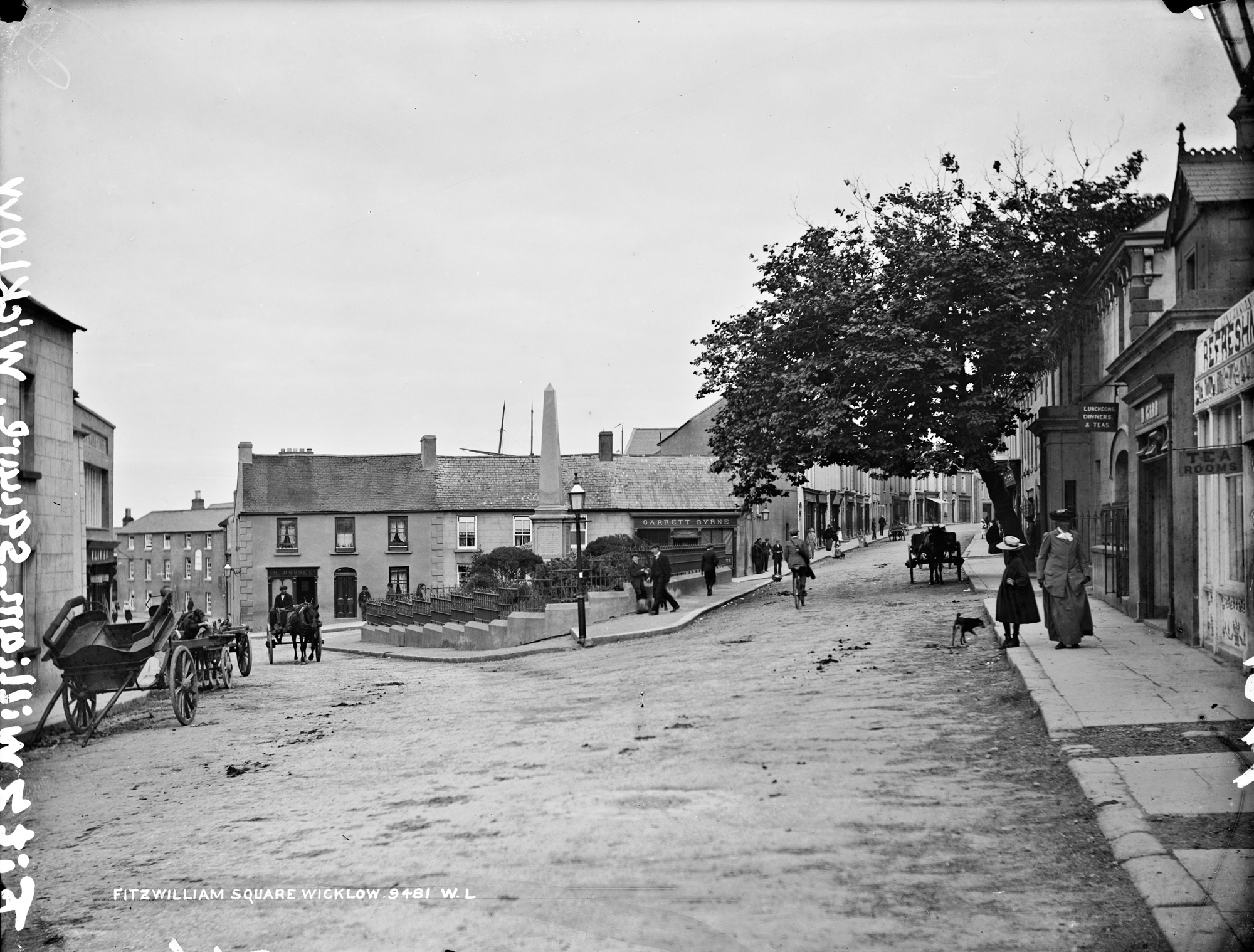 Try to find the date or year when this image was made.
Thanks for contributing!
Now I am having a touch of "deja vu". I think mainly because I was down in Wicklow recently, though I didn't know that this was called Fitzwilliam Square. Not quite as elegant and expensive as the one in Dublin, but with its own special charm and attraction.

Based on some hunting by Niall McAuley it's likely we can narrow the five decade catalogue range to perhaps a decade of so c.1900. Niall tells us that the obelisk (the Halpin Memorial) wasn't there before 1897. And that some of the businesses had changed by 1911....