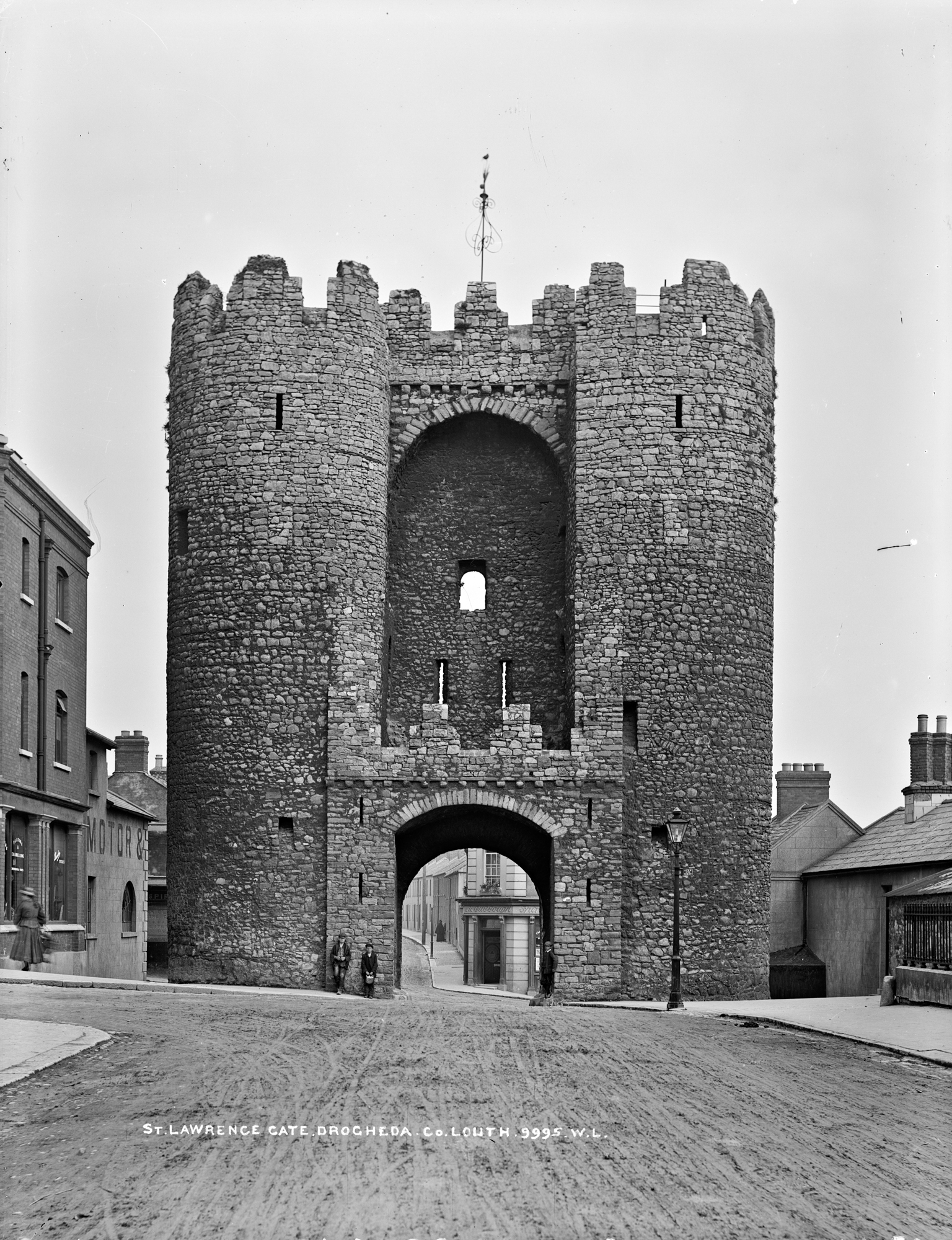 Try to find the date or year when this image was made.
Thanks for contributing!
Laurence by Lawrence? Not quite (as Mr. French was the photographer), but this is a view that we can still replicate. Apart from the intrusion of the ubiquitous car that is. Drogheda is a town with a long and varied history, and it is only right that we should feature the remaining gate tower on its eastern side!