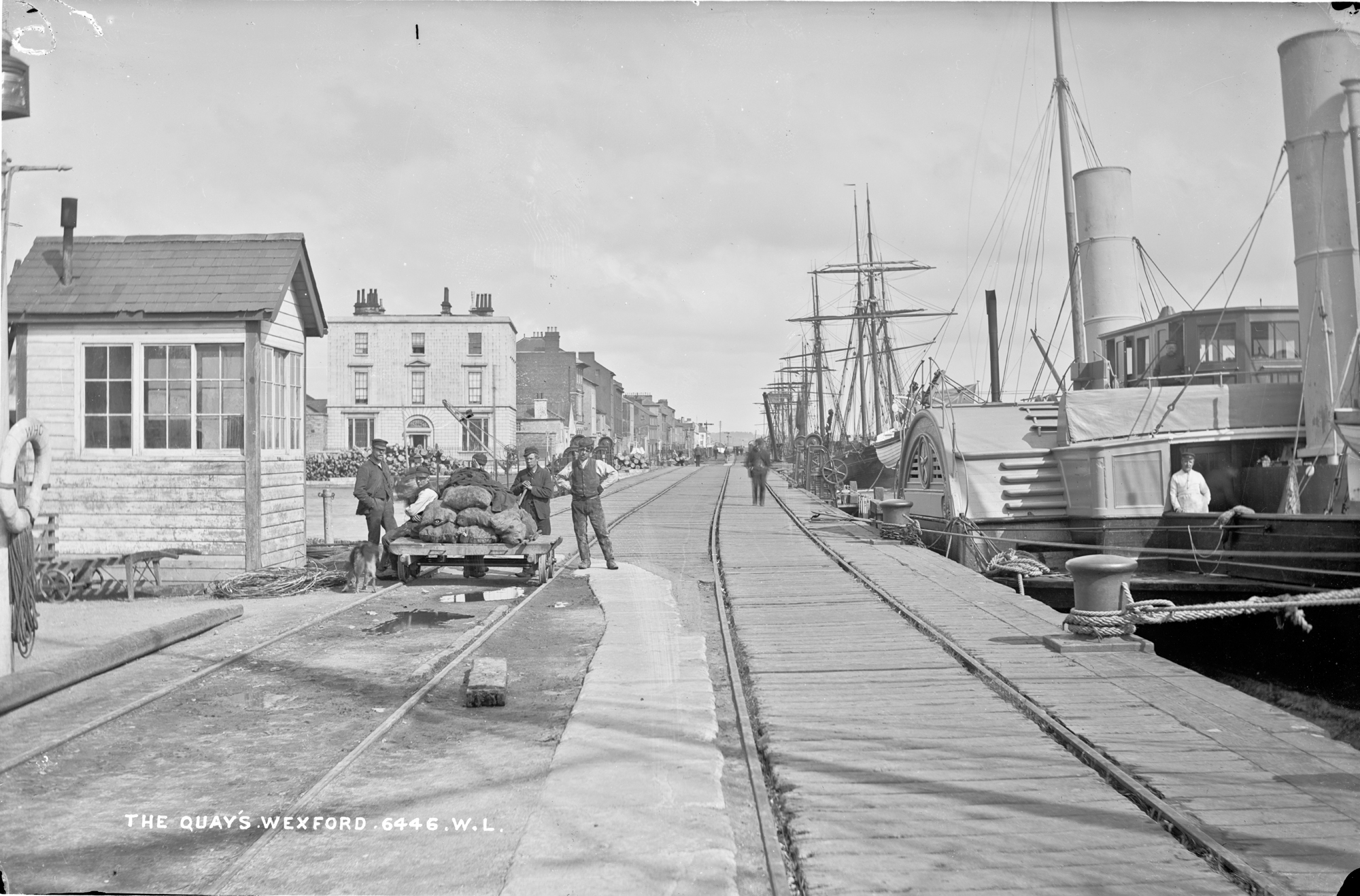 Try to find the date or year when this image was made.
Thanks for contributing!
Leaving the politics of the early 20th century behind we begin this week with an image by Robert French of the Quays in Wexford. Masts, handcarts, ropes, idlers, cargo, sailing ships, paddle steamers - the place was alive and must have had a buzz about it.