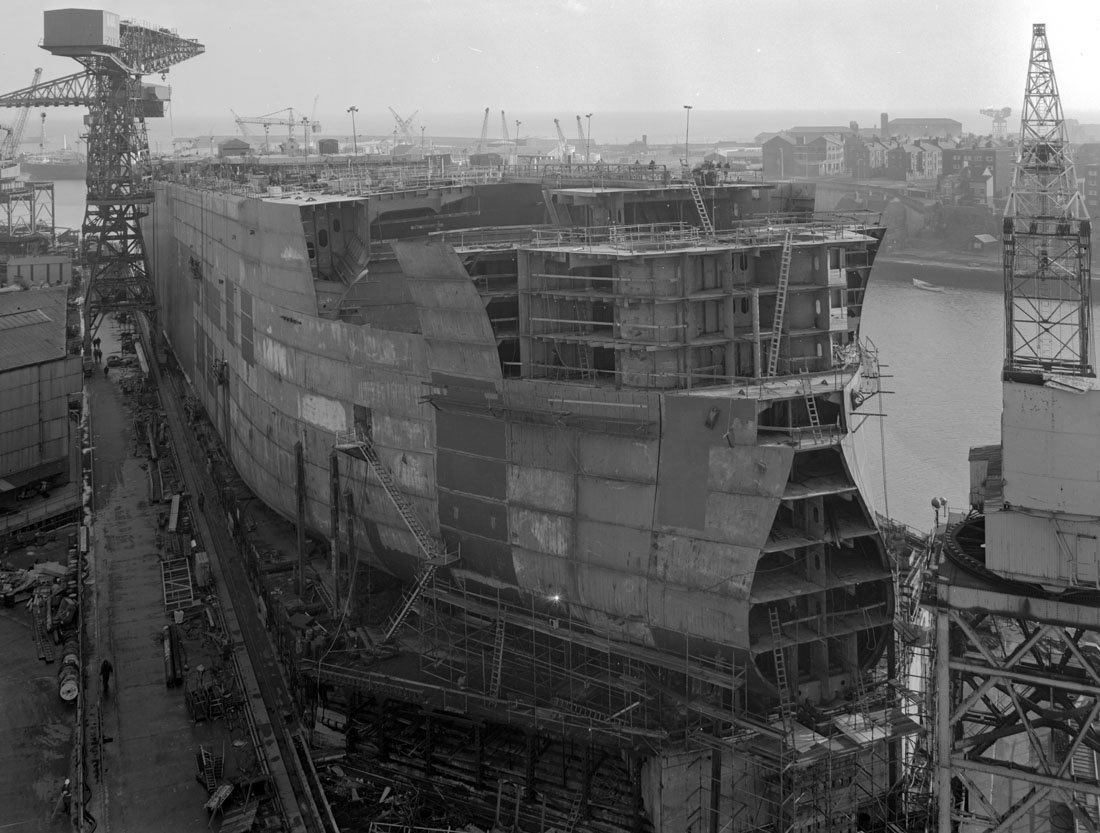 Try to find the date or year when this image was made.
Thanks for contributing!
View of the OBO carrier 'Nordic Chieftain' under construction at the North Sands shipyard, Sunderland, February 1974 (TWAM ref. DT.TUR/2/62742C).