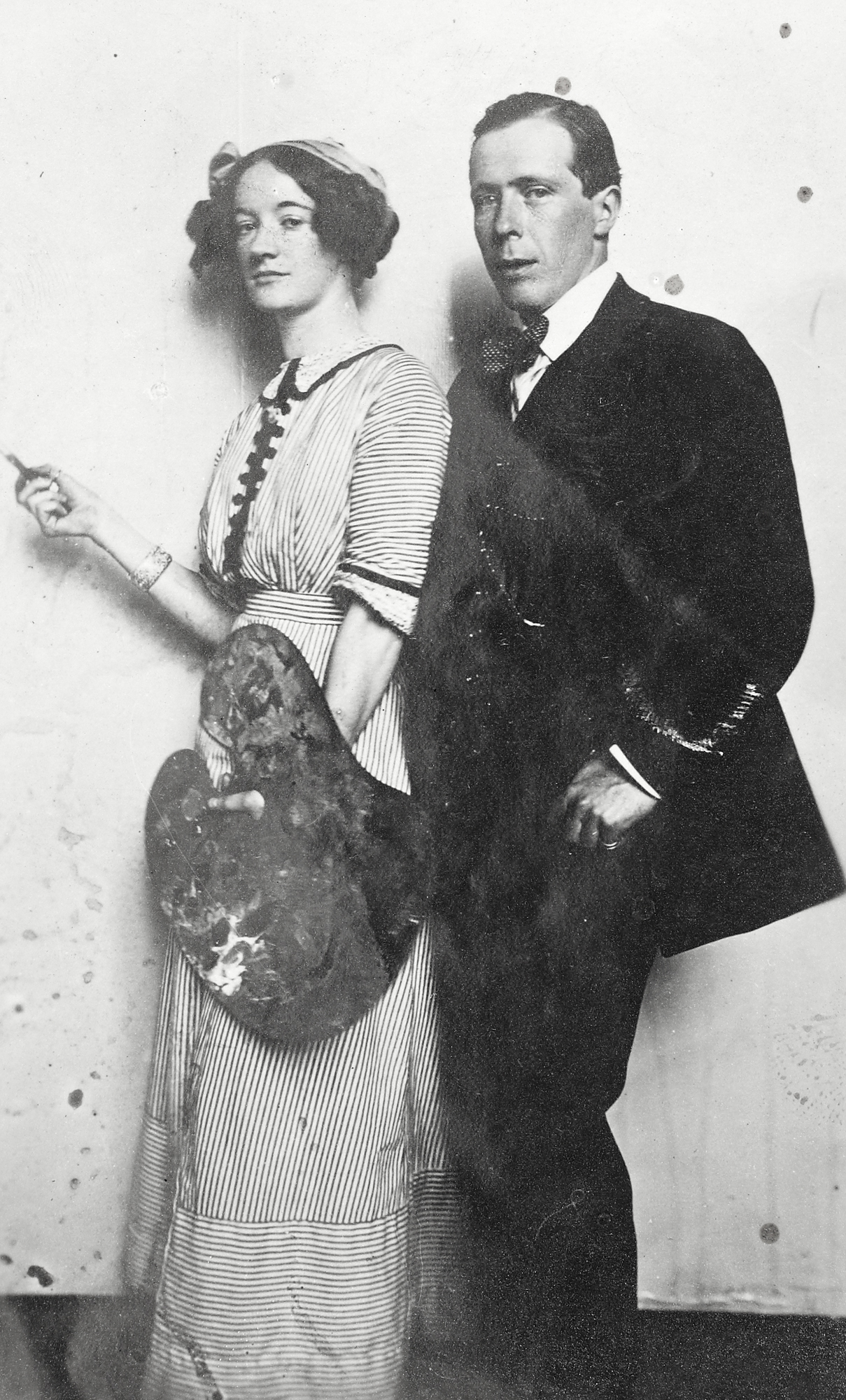 Try to find the date or year when this image was made.
Thanks for contributing!
Two significant figures from the 1916 era, Grace Plunkett (nee Gifford) and Sir William Orpen the artist. A very posed photograph - but what can we find out about it apart from what has been added to the catalogue?:

"Grace Gifford Plunkett, holding a brush and artist's palette, and William Orpen, three-quarter length portrait, printed on postcard. Grace Gifford studied under the Irish artist William Orpen at the Dublin Metropolitan School of Art between 1904 and 1907."

Today's contributors link us primarily to the Wikipedia entries for Grace Gifford and William Orpen. Both artists from Dublin they are pictured perhaps around the time of William's 1907 portrait of his then student. Within a decade of that portrait, Irish and global events would take these two on different paths. Orpen became a prolific war artist and would capture the horrors of the Somme during 1916/1917. Grace became a caricature artist, and involved with Joseph Plunkett and the Rising during Easter 1916. Grace famously married Plunkett in Kilmainham Jail, just hours before his death...