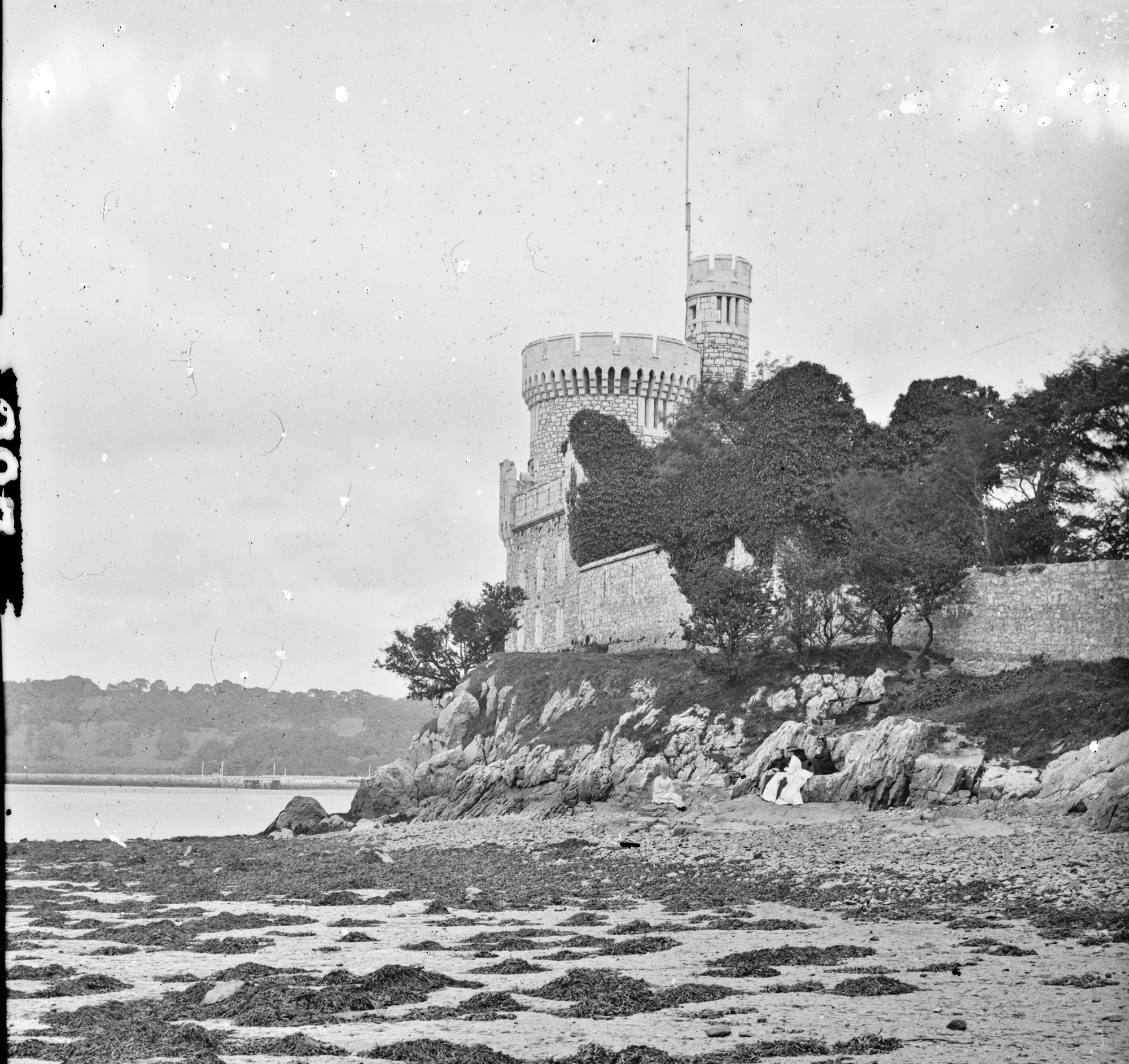 Try to find the date or year when this image was made.
Thanks for contributing!
This somehow familiar (yet so far unidentified) castle on the shore of the sea or an estuary is todays fare. I know I've seen it before, and have an idea where it might be, but I would be guessing. Whereas it is reasonable to expect that the experts out there can give a definitive location! Who will be first?

The answer to the second question (who will be first) is derangedlemur. The answer to the first question (where is this) is Blackrock Castle in Cork Harbour. The original 16th century fort on this site was redeveloped as a castle in the 17th century, but was damaged by fire and rebuilt in the 18th century. The castle was nearly entirely destroyed (again by fire) and substantially redeveloped in the early 19th century. It was repurposed as an astronomical observatory and museum in more recent years. (The larger towers close to the water are part of the original foundation/structure)....