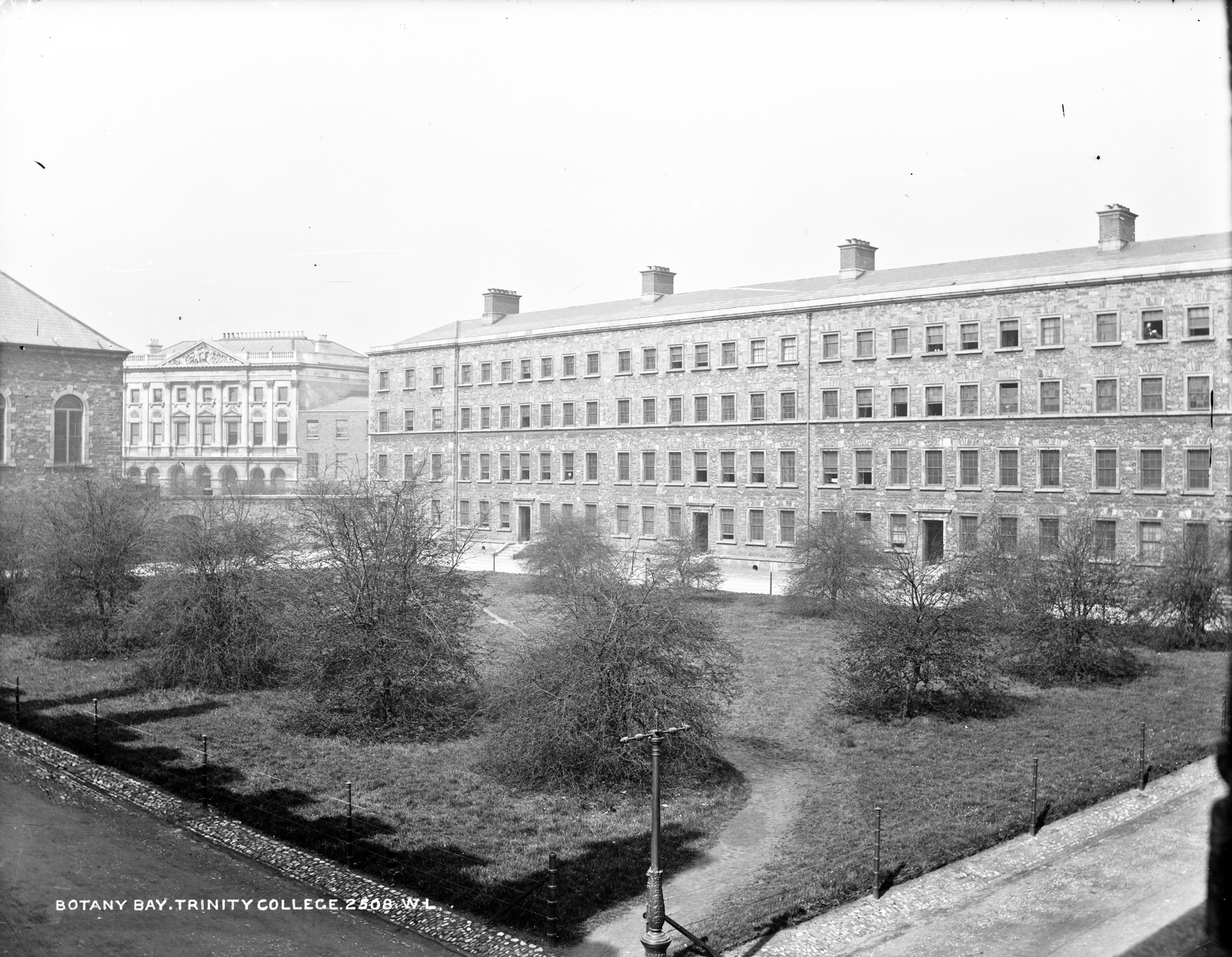 Try to find the date or year when this image was made.
Thanks for contributing!
I have never heard of "Botany Bay" in the context of Trinity College. Of course the real Botany Bay holds an important position in Irish history - more for transportation of convicts rather than anything to do with its botanic beauty. I wonder how and when this square obtained its name?

.... "Asked and answered" as they say. Beachcomberaustralia sourced an amazing "letter to the editor" entry from an 1875 edition of the Australian Town and Country Journal. Which offers an entertaining answer to the question. The story goes that this area of the college was prone to flooding (and worse). And students would throw undesirable visitors into the quagmire. As a type of punishment - which "some wag" likened to transporting undesirables to Botany Bay in what were then the penal colonies....