Renmore Barracks, Galway City - once home to the Connaught Rangers. 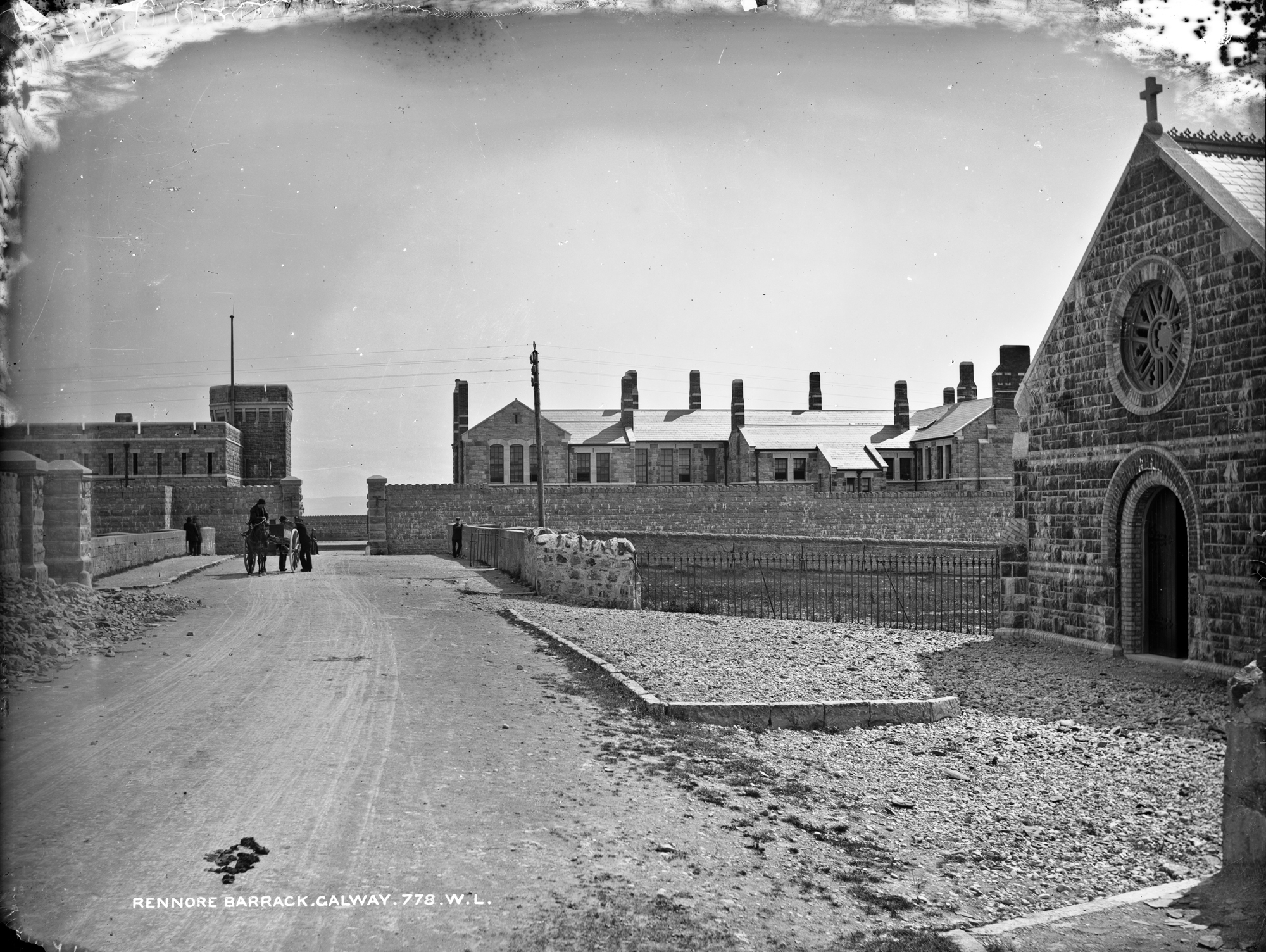 Try to find the date or year when this image was made.
Thanks for contributing!
The home station of the Connaught Rangers Regiment of the British Army is today's image from the Lawrence Collection. Once a proud and distinguished regiment with many battle honours, it became famous in the Irish context when members of the regiment mutinied in response to the 1916 uprising and the subsequent execution of the leaders.

While the StreetView driver wasn't brave enough to approach the guard gate, the view from the road outside still matches-up. The NIAH entries provided by Niall McAuley (on the magazine and church) suggest c.1880 as the lower-bound for the image date range. And maybe even an upper-bound not long after (as everything does look spanking new)....