The folks that live on the hill - in Renny, Co. Cork 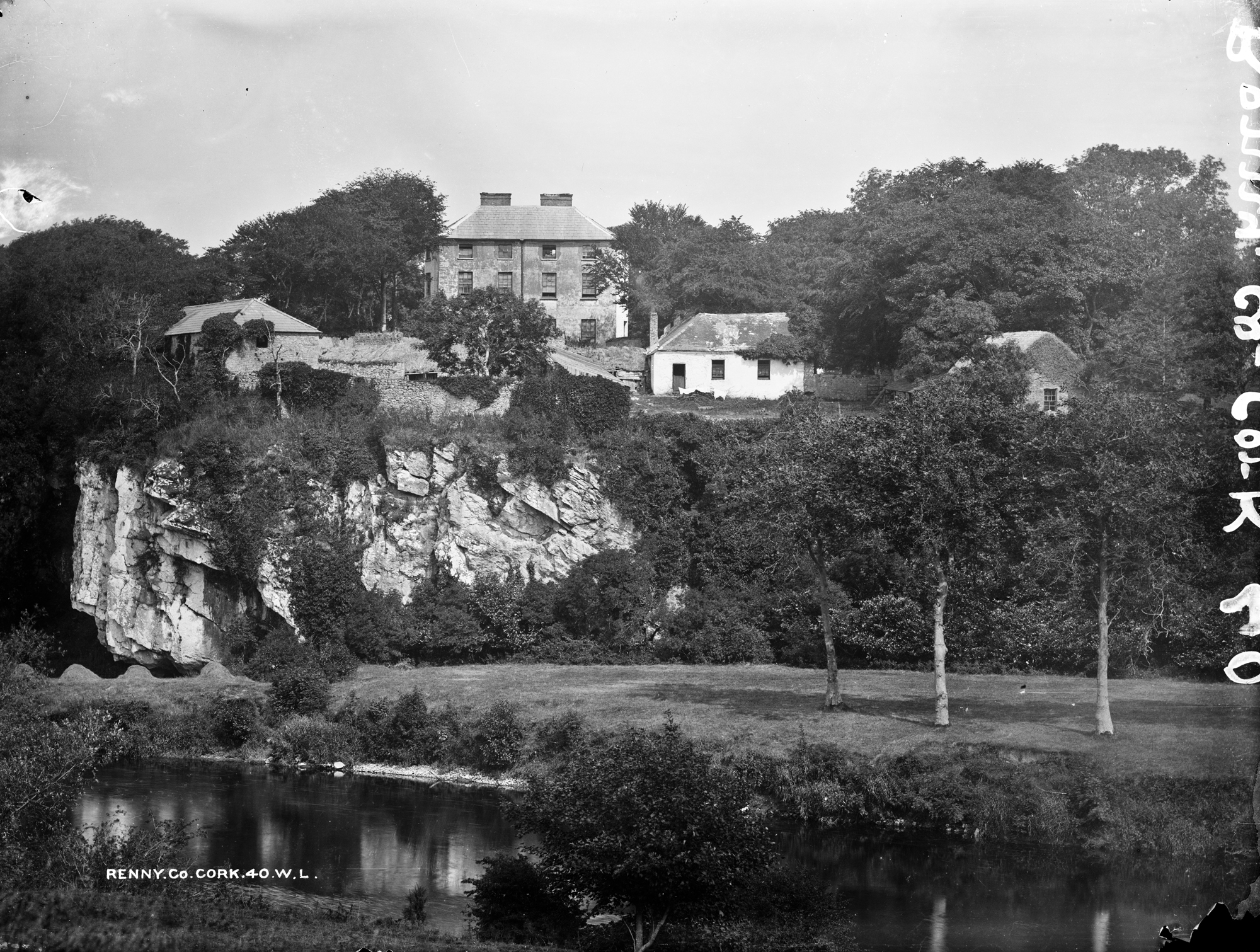 Try to find the date or year when this image was made.
Thanks for contributing!
I'm not sure where "Renny" is, but it seems an ideal situation for a farmstead that might fear attack from the natives. Water in plentiful supply, trees and grass aplenty and a high stance for lookout and defence. If all comes to all they could throw themselves off the cliff rather than surrender? I would love to see the view from the top windows...

And, the consensus is that I won't see the view - not from those windows anyway. As, based on today's inputs, we have added this to our "no longer standing" album. While perhaps not 100% cut and dried (and not helped by apparently conflicting labels in the catalogue) the pervailing wisdom is that this is/was the house or castle at Renny, on the River Blackwater in County Cork. Apparently once associated with the family of Edmund Spenser, it was demolished by the Earl of Listowel before c.1900.