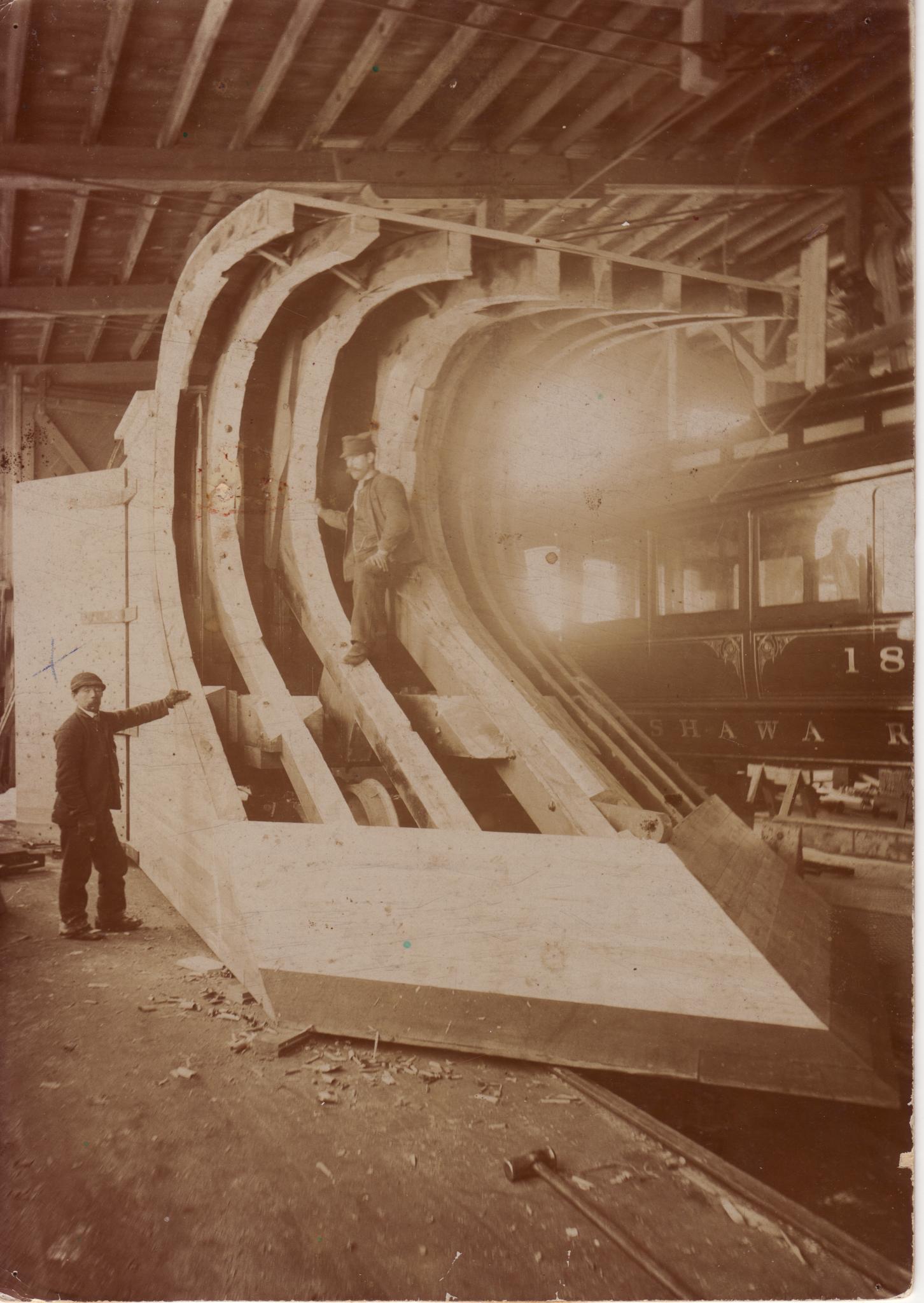 Try to find the date or year when this image was made.
Thanks for contributing!
Snow plough under construction at the Rathbun Company's car works in Deseronto, Ontario. In the background a car of the Oshawa Electric Railway Company is being built. Annotations on the back of the photograph suggest that the man on the left is William Graham of Deseronto and that the snowplough was being built for the Great Northern Railway.

Additional notes suggest that the photograph was owned by C. M. Luffman and then by Vera Ryan.