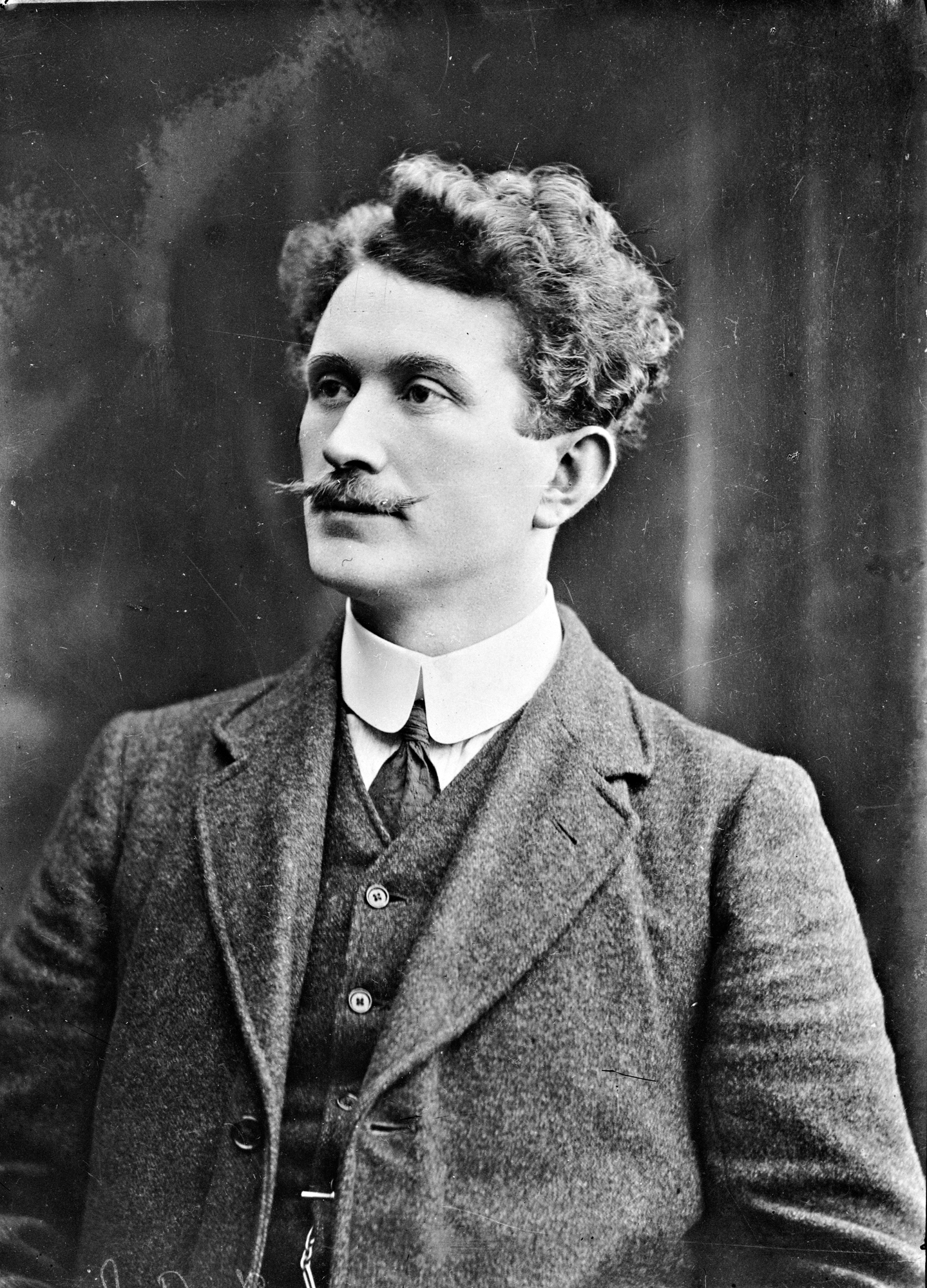 Try to find the date or year when this image was made.
Thanks for contributing!
A fine Keogh portrait of the man who was probably, militarily at least, the most successful and least celebrated 1916 leader! One thing we can be sure of is that the outer end of the date range on this will be changed!

With thanks to today's contributors, it seems that this portrait of Thomas Ashe (dating to c.1914-1917 and part of a series published by Keogh brothers about the 1916 leadership) was widely used. There are examples of buttons and memorial plaques based upon it in the comment thread. The image also appears on the entry for Ashe (and his burial) at the Glasnevin Trust website. This entry describes that he died in 1917, from pnumonia and other complications (arising from his treatment, including forible feeding, while imprisoned at Mountjoy)....