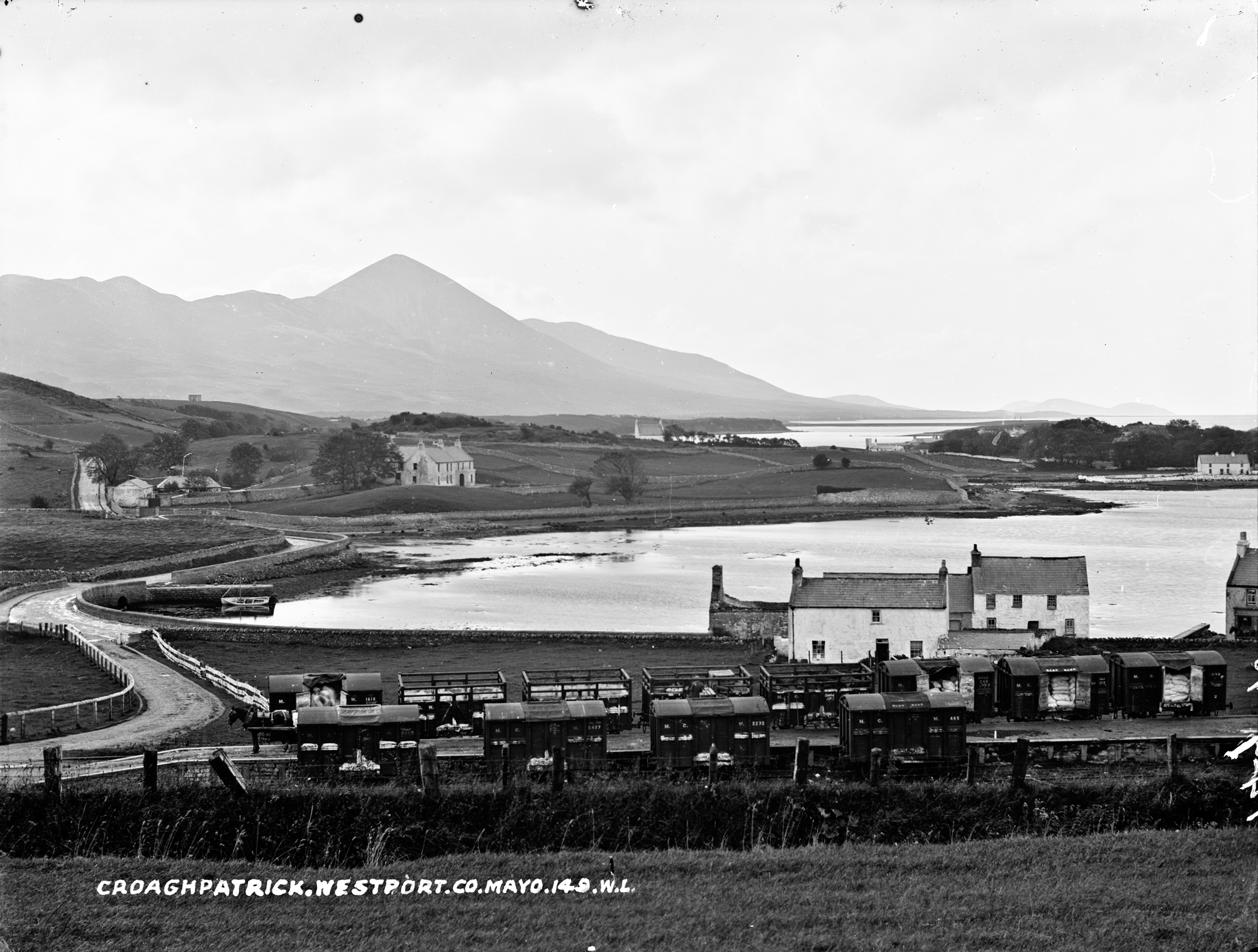 Try to find the date or year when this image was made.
Thanks for contributing!
Down the Wesht today to Co.Mayo, God help us, with a distant view of Irelands Holy Mountain and a whole lot more! This lovely Royal sized glass plate has some excellent detail on the coastal location, with mixed rolling stock on a railway siding to add to the interest. We may not have a dog, but we do have a horse in this landscape - otherwise largely empty of signs of life.

While today's contributors have identified several of the buildings visible between Westport Harbour and Croagh Patrick (including the bridge to Rossbeg and some of the larger houses on the landform), they all date to the early 19th century. And so are not much help in dating the image. The general consensus though is that the Midland Great Western Railway rolling-stock in the foreground probably dates to the latter-half of the date range. Perhaps more likely to be c.1900 than mid-19th century....