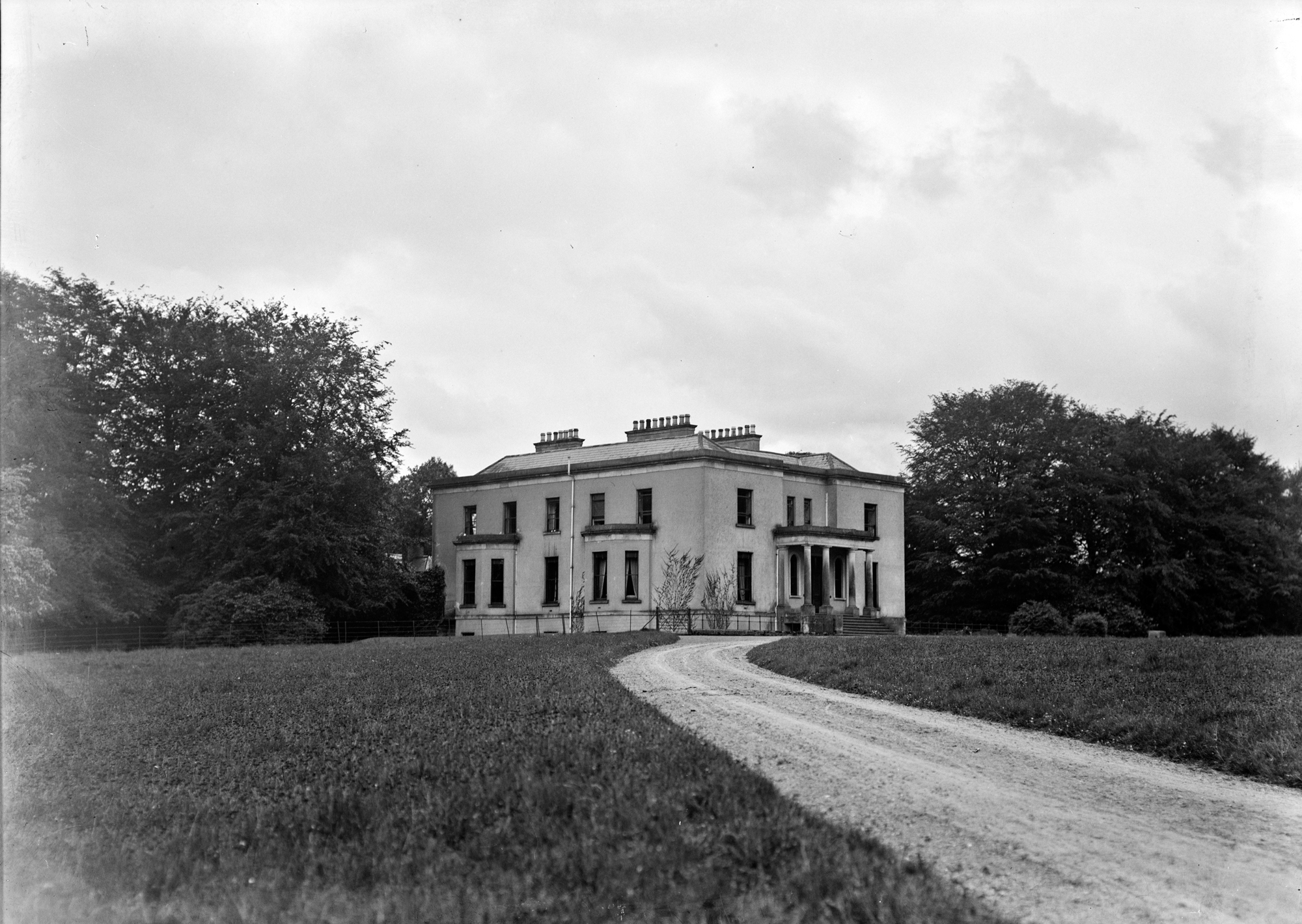 Try to find the date or year when this image was made.
Thanks for contributing!
A fairly typical manor house in rural Ireland is described as being "another Institution" in these archives! Given the way these things went when families were unable to pay for the upkeep of these houses and the countryside had become less welcoming the chances are that what was once a family home was snapped up by a religious order for - an Institution! But where is it and what was it used for?

Sharon.corbet quickly answered the first (where?) part of our question, identifying this as Fortgranite House, County Wicklow. Niall McAuley followed-up with an answer to the second (what?) part of our question. And advised that this probably wasn't an 'institution' when photographed, but the home of the Dennis family, who seem to have had an extensive military tradition in the family...