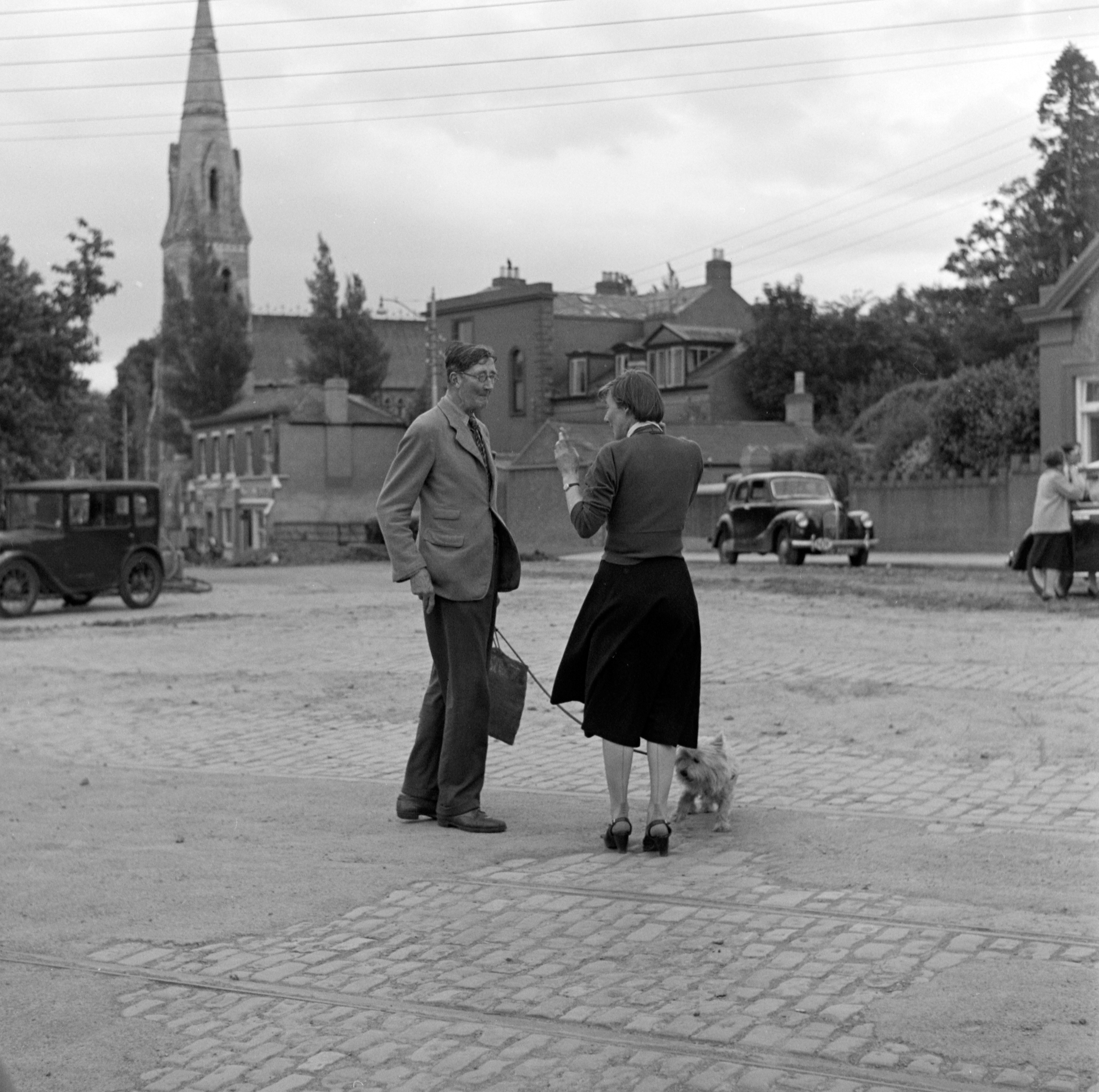 Try to find the date or year when this image was made.
Thanks for contributing!
Now this is the way to start a week! A dog, cars, a very different location, cobbles, tram lines, a spire and buildings. The piece-de-resistance for me is the couple chatting in the middle of the road. Can it be Elinor and Reginald Wiltshire themselves? I note that she is wearing stockings with seams; and not only that but the seams are straight. She may not be best pleased if the man's dog messes that up!

With thanks to today's amazing contributions we've been able to significantly flesh-out the context for this image. The first (and perhaps most important) consensus confirmation is that the lady pictured is the photographer Elinor Wiltshire, whose passing we marked earlier this year. She is very likely captured here by her husband Reginald. The next consensus confirmation is that this image was likely taken slightly before or after the Wiltshires took a series of images of several well-known writers who were marking Bloomsday with a tour of sites and sights from Joyce's Ulysses. Even without that context, this candid image is a great capture, and we're delighted to use it as something of a trigger for a series of Wiltshire Collection images which we may focus-upon for this week...