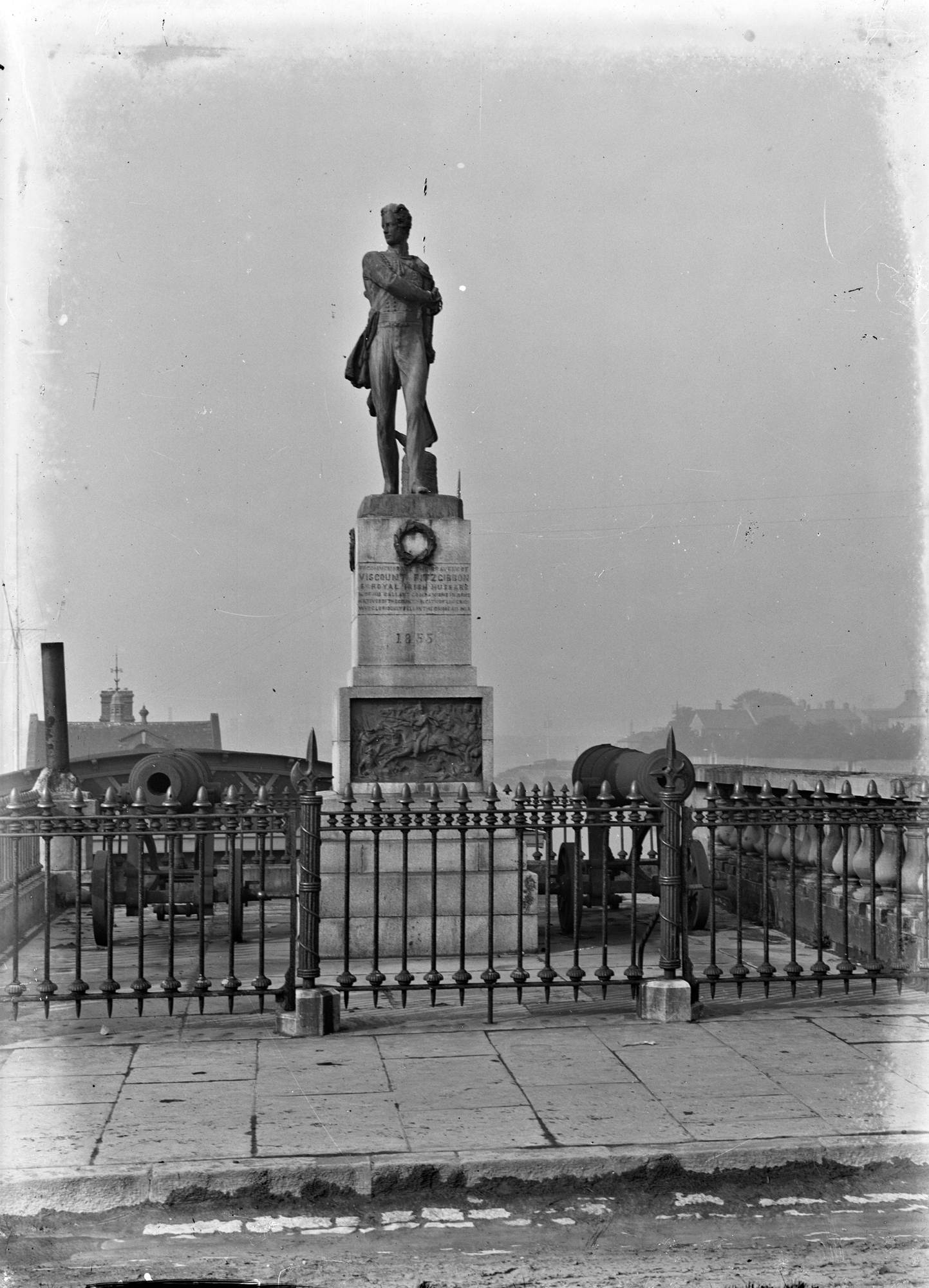 Try to find the date or year when this image was made.
Thanks for contributing!
We may have visited this scene before if not this photograph. A fine glass plate from the Eason Collection of Viscount Fitzgibbon which stood opposite Shannon Rowing Club on Sarsfields Bridge over the river Shannon! I am curious to know what that stack/chimney is to the left rere of the statue?...

Though we've seen this statue before (from other angles), this vantage gives us a better view of the plaque. It reads: "To commemorate the bravery of / Viscount Fitzgibbon / 8th Royal Irish Hussars / & of his gallant companions in arms / natives of the county & city of limerick / who glouriously fell in the Crimean War". As per the various contributions, Fitzgibbon was reported 'missing presumed dead' during the Charge of the Light Brigade, seemingly inspiring Rudyard Kipling’s short story ‘The Man Who Was’. The statue was blown-up by the IRA in 1930, and a monument to the events of 1916 later placed on the plinth. The cannon are still apparently outside the Harbour Master's office...