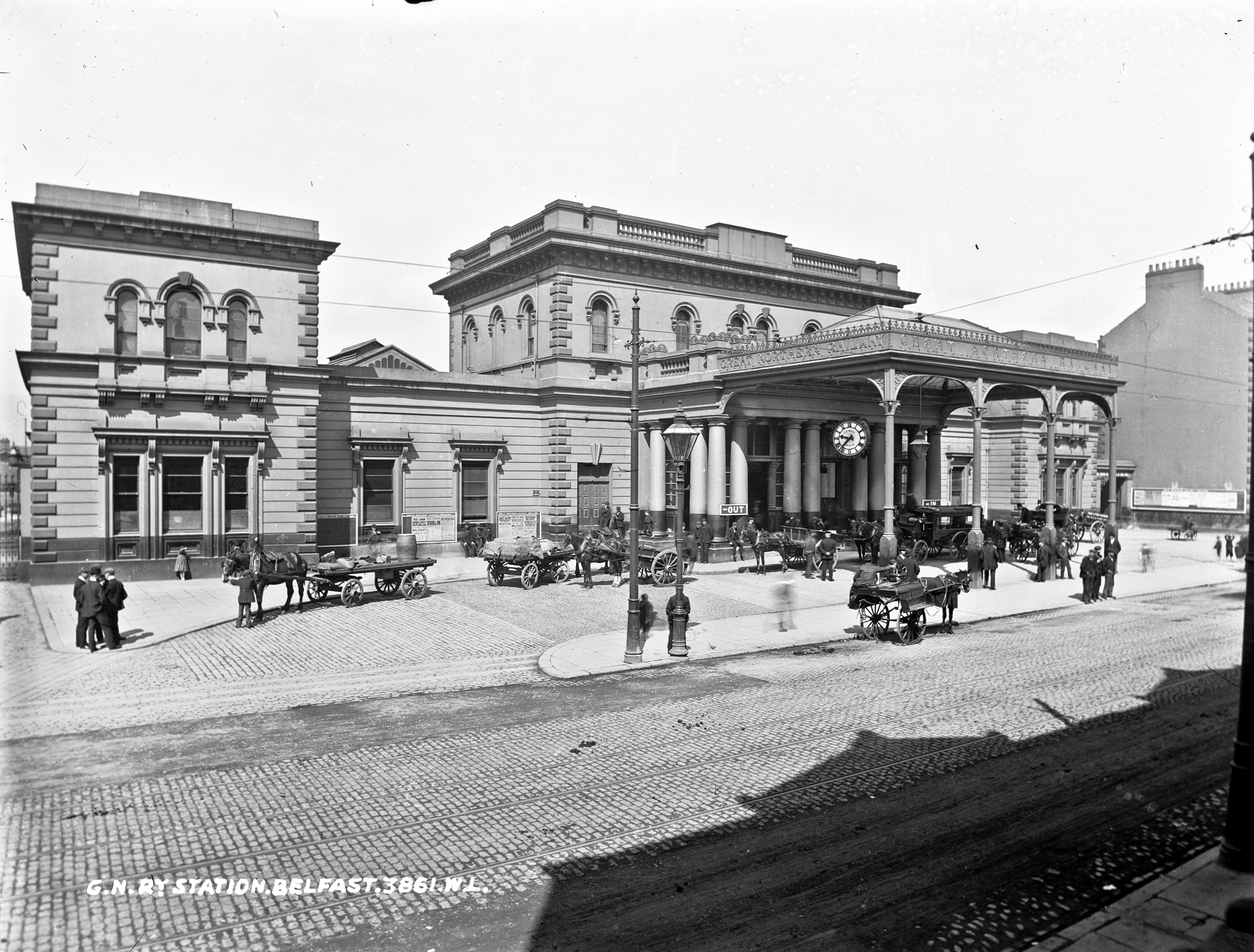 Try to find the date or year when this image was made.
Thanks for contributing!
For such an important city on the island this station looks somewhat modest and unassuming, not quite what one might expect for so fine a city as Belfast. There is certainly plenty of activity there however, with comings and goings (though I have yet to spot a dog!) A virtual left-over Easter Egg to the one who can identify an Easter Bunny chaser!