Stereo view of tennis court with a doubles match taking place, large house in the background 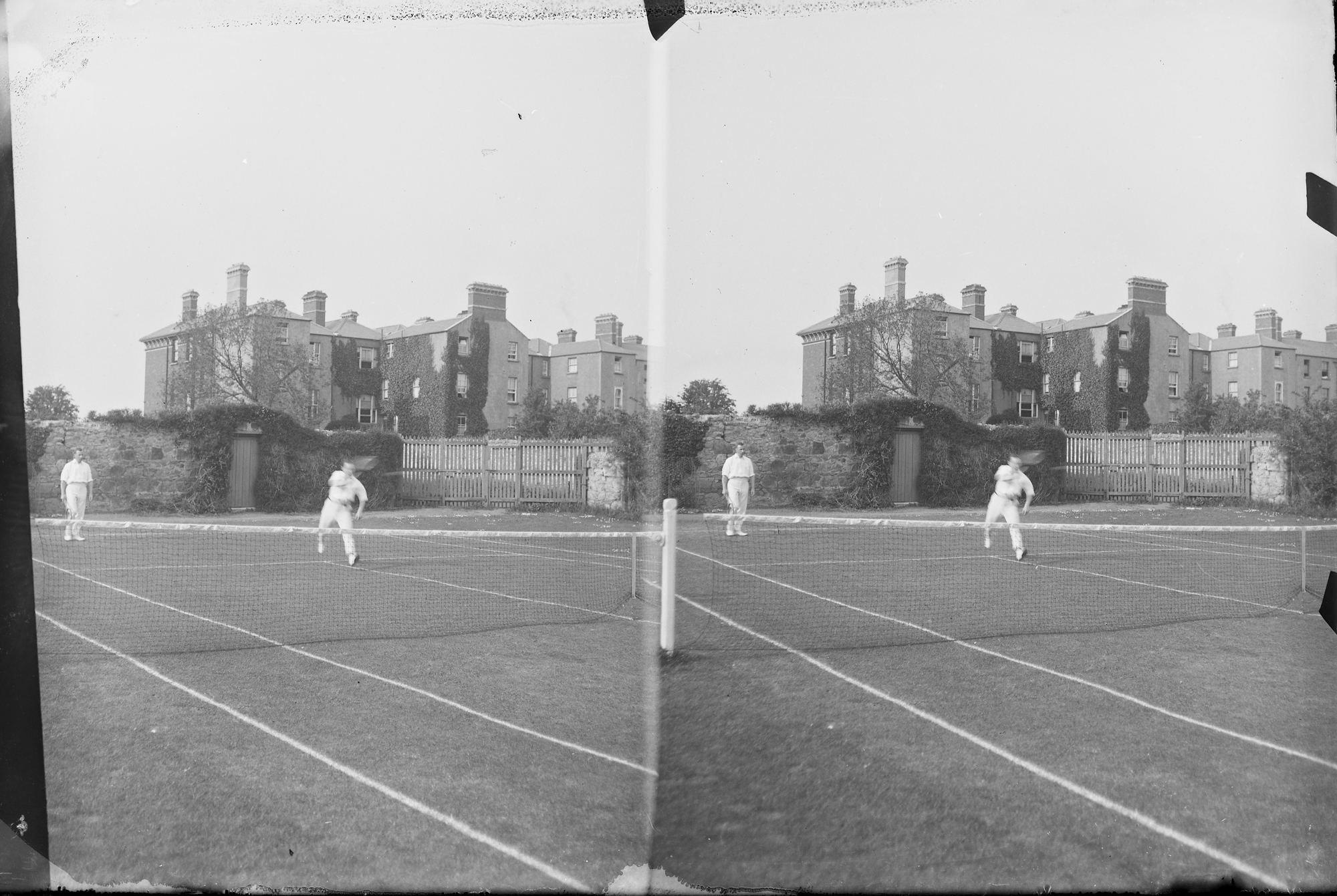 Try to find the date or year when this image was made.
Thanks for contributing!
Apologies for the delay in posting this morning! This image had me fooled, as if I needed it, as I took it to be from the "Stereo Pairs" collection. It is, as you can see, from the Clonbrock Collection and possibly taken by the uncle in the bowler hat we had on here some time ago. Is it FitzWilliam?

With thanks to O Mac (corrberated by sharon.corbet, Niall McAuley and guliolopez) it is confirmed that this scene was captured at Ailesbury Road in Dublin. At the time of this image (likely within a decade or so of the turn of the 20th century), it was home to the Meldon family. Who lived at No.31 during the 1911 census. Some of the Meldon family were, as we see here, keen tennis players. And indeed Louis Albert Meldon went on contest the Davis Cup for Ireland more than once. While Ailesbury Road is still very much one of the country's most desirable addresses (the capital's "embassy row" and 2nd most expensive Monopoly square, where every square yard is worth a fortune), evidence of these tennis courts seems to remain....