A fine set of fetlocks: Commissioned by Mr. T. Widger 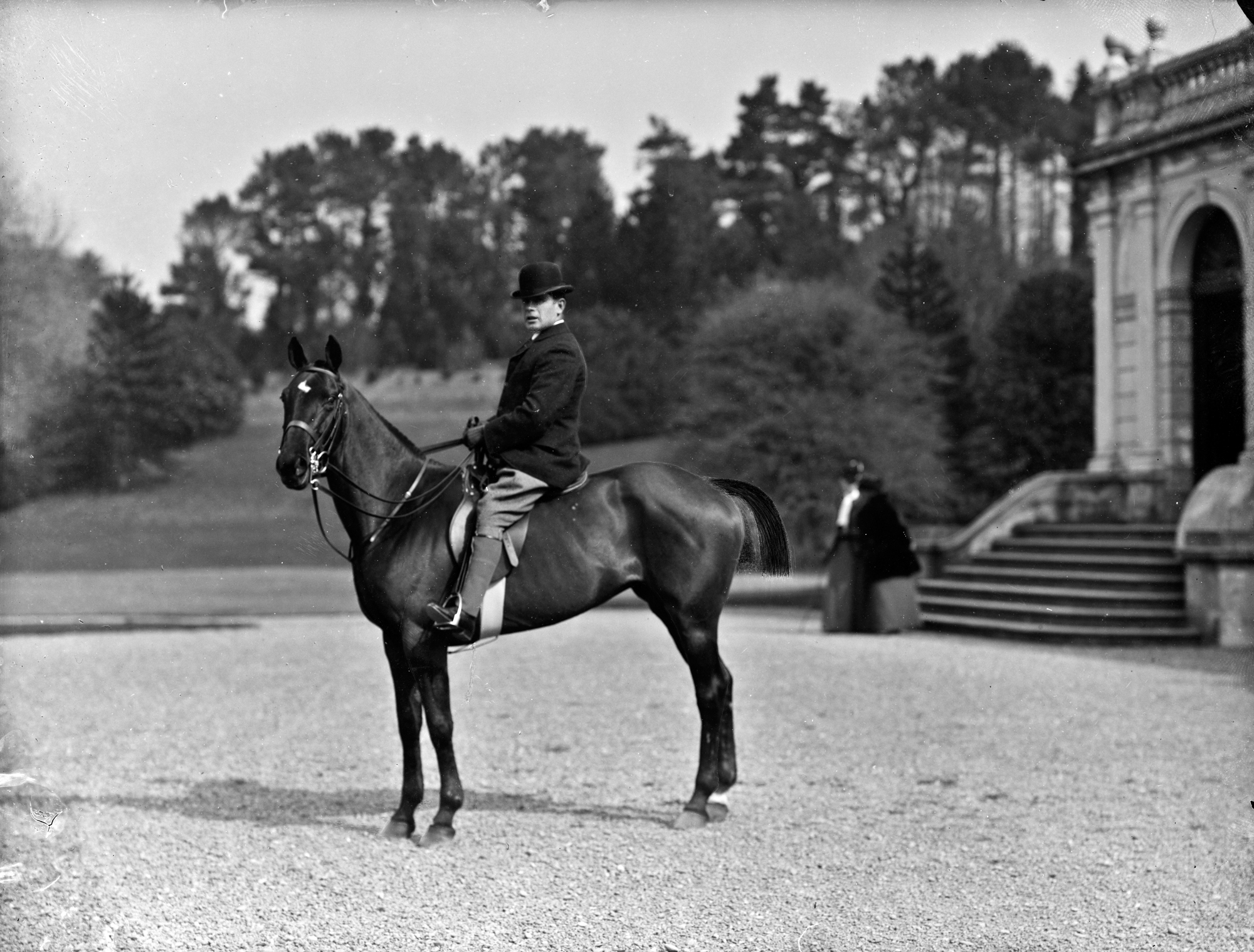 Try to find the date or year when this image was made.
Thanks for contributing!
The full title on this is "Meet at Gracedieu(?) - commissioned by Mr. T. Widger". Maybe Mr. Widger rode to the hunt, and perhaps wanted an image of both he and his steed recorded for posterity(?) It certainly is a fine shot of the pair, and there appears to be a "Big House" in the background. There is an area in Waterford called Gracedieu but was that named after a house or vice versa? It does sound familiar....

The consensus is that this is a member of the Widger family from Waterford. Pretty much all of whom (of working-age) were recorded in the 1911 census as horse-dealers or trainers. The suggestion is that Poole captured this image at Grace Dieu estate, a short distance south of Waterford, and which we have visited before. Based on similar images in the catalogue, and the fashions visible, it seems likely this dates to the first decade or so of the 20th century....