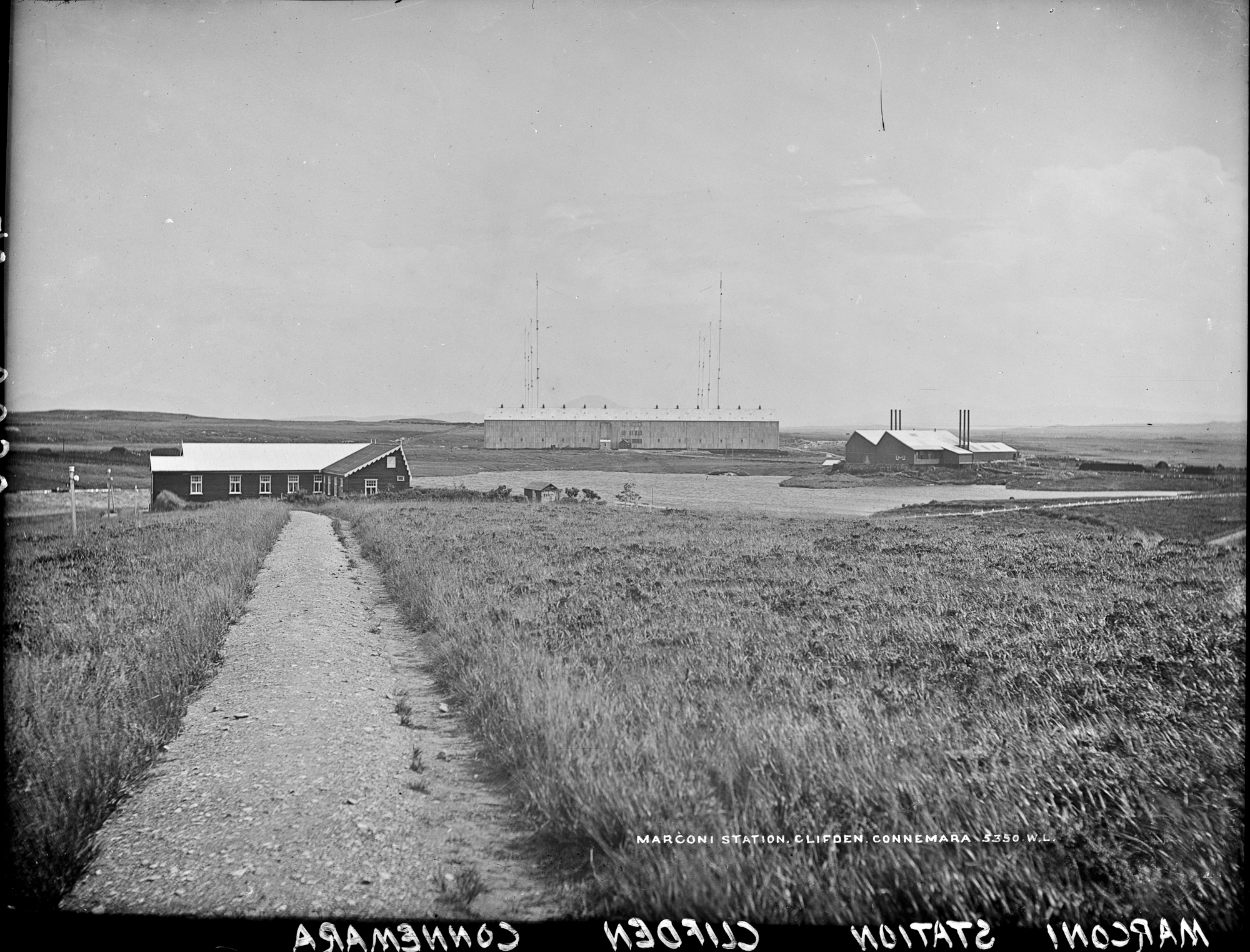 Try to find the date or year when this image was made.
Thanks for contributing!
Marconi Station Clifden, Connemara

I received a lovely gift of a biography on Marconi at Christmas. The book by Marc Raboy is subtitled "The man who networked the world". What an interesting man he was, I was surprised to learn about his Irish roots and connections. He was as famous in his time as any of today's technology leaders.

Today's inputs confirmed just how historically important this relatively remote patch of bog-land was. From the Alcock and Brown transatlantic flight of 1919, to the Marconi station which opened in 1907. The video offered by beachcomberaustralia (something of a distant Marconi rellie), and the map offered by DannyM8 give us sense of the immense scale of the buildings and telegraph pole structures in the rearground of this shot. Something which is hard to fathom given the rural nature of Bill Bartlett's contemporary image from almost the same spot.....