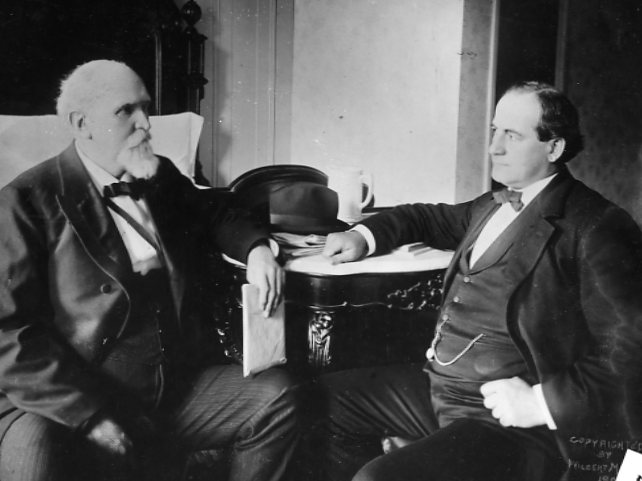 Try to find the date or year when this image was made.
Thanks for contributing!
William Jennings Bryan (March 19, 1860 - July 26, 1925) was an American lawyer, statesman, and politician. He was a three-time Democratic Party nominee for President of the United States. President Woodrow Wilson appointed him Secretary of State in 1913, but Bryan resigned in protest against Wilson's policies in 1915. In the 1920s he was a strong supporter of Prohibition, but is probably best known today for his negative criticism of Darwinism, which culminated in the Scopes Trial in 1925.