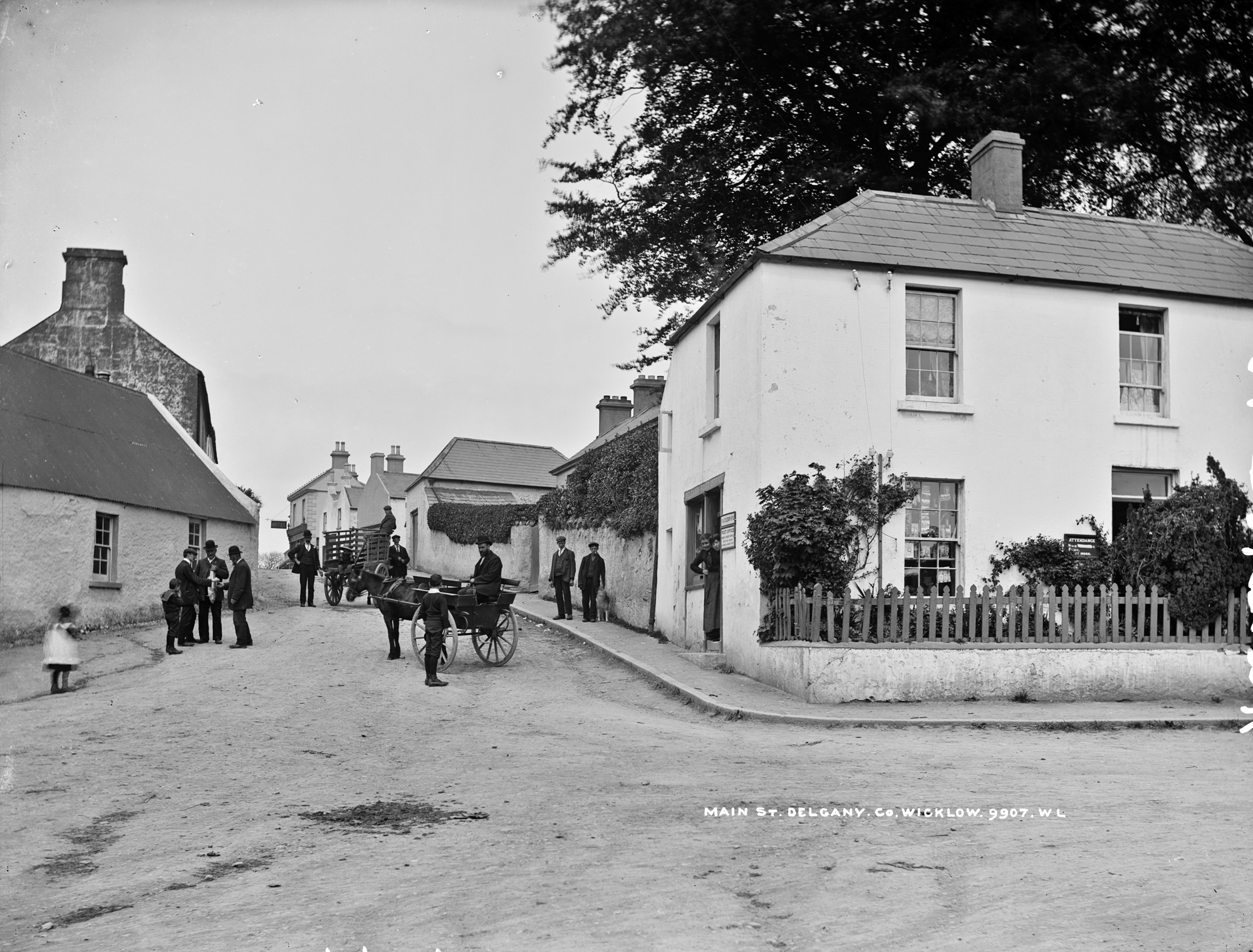 Try to find the date or year when this image was made.
Thanks for contributing!
This Lawrence image of Main Street, Delgany is in considerable contrast to today's reality. This was taken when it was a tiny village, the centre of a rural community with few people, and when three horses and carts could constitute a traffic jam. Today all that has changed, and Delgany is a desired address and almost a commuter town to Ireland's capital city. (PS: Dog Alert Klaxon! :) )

While location and subject were pretty clear, with thanks in particular today to Niall McAuley (and corroberation from others), it seems likely that this image was taken around the turn of the 20th century. Perhaps c.1901. When the census records that Annie Long and her daughter Eveline ran the post office. With a firm suggestion that French has captured the postmistress and her postal assistant at the post office doorway (centre middleground). However, who and what the lads with the fish are up-to (left middleground) is anyone's guess :)