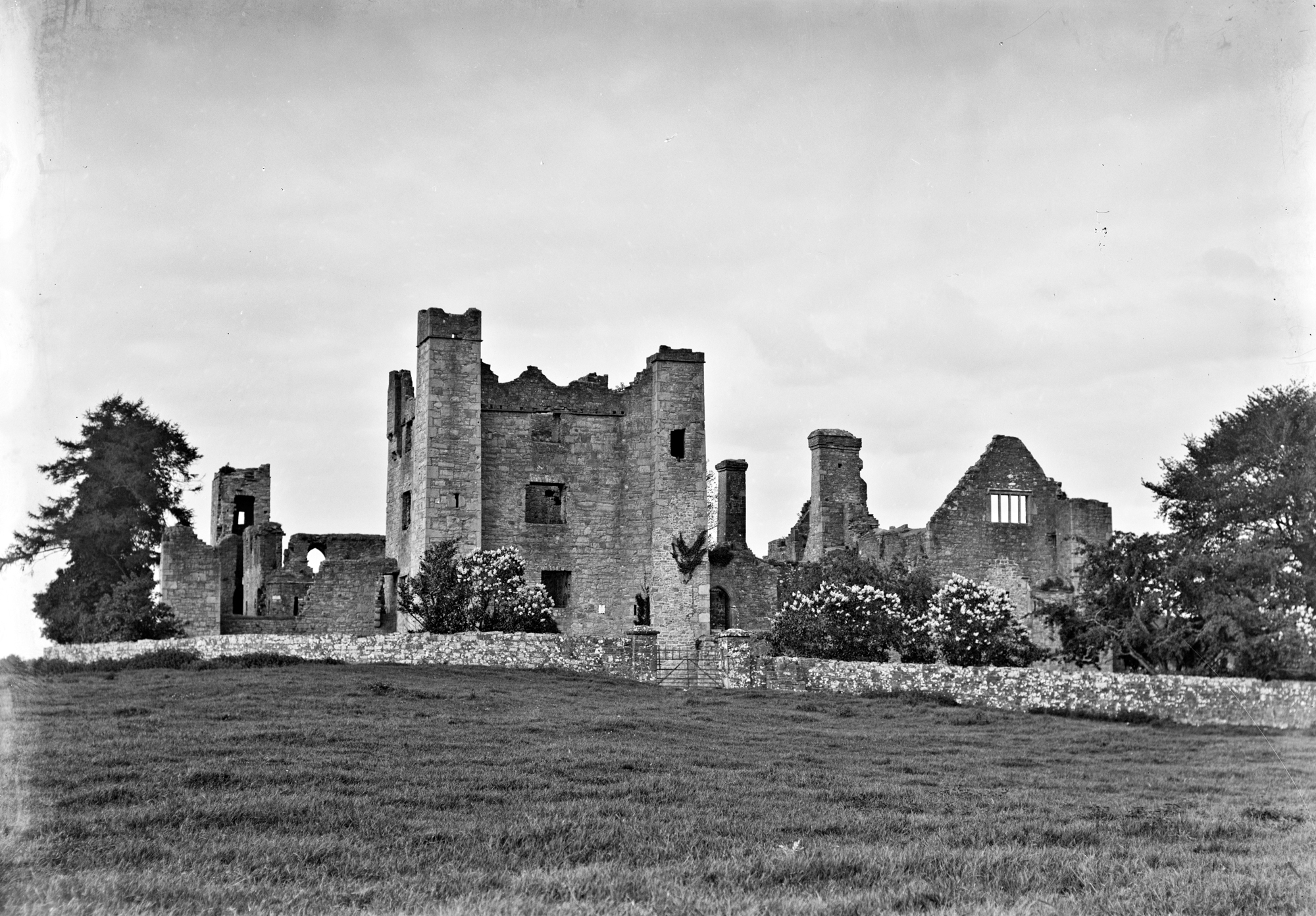 Try to find the date or year when this image was made.
Thanks for contributing!
I've been in Dublin for a long time now but this is not a castle or ruins that I am familiar with. It looks like it was a significant establishment in its day and would be a real attraction today(?) I look forward with interest to what you may be able to find about this...

.... And the reason it didn't look familiar (as a castle in or near Dublin) is that it is neither. It is not a castle - but an abbey. And is not in/near Dublin - but more than 30 miles from the capital in Bective, County Meath. The cataloguer may be forgiven however, as the abbey's "castle-like qualities" were seemingly why it was used as a filming-location for 'Braveheart' in the 1990s. Without Mel Gibson peering from a window however, dating may be difficult - not least given how remarkably little has changed in the 100 or so years since this image was captured :)