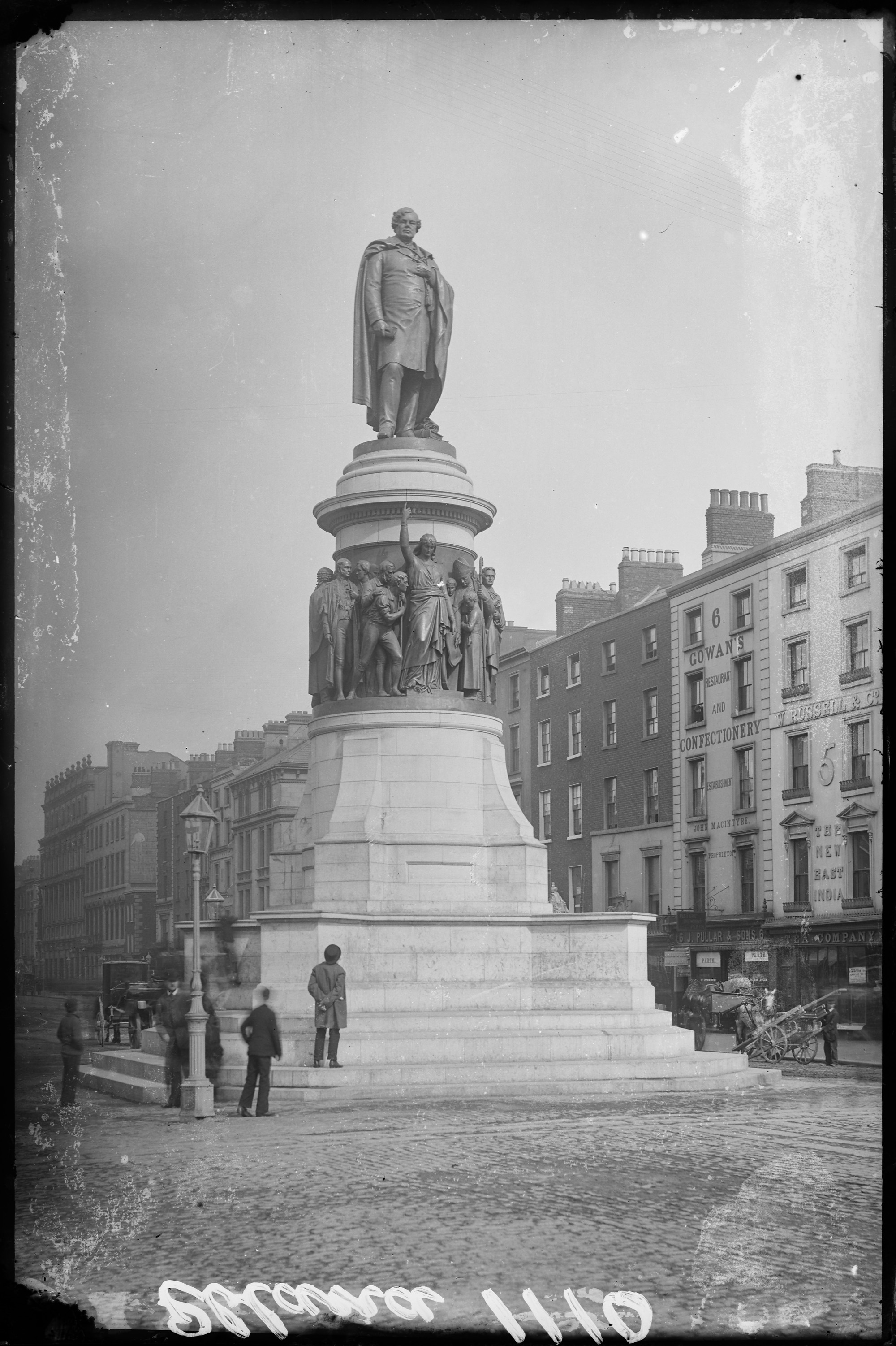 Try to find the date or year when this image was made.
Thanks for contributing!
O'Connell seems almost the forgotten man of Irish history these days. Once revered for his successful campaign for Catholic emancipation, today his name is seldom mentioned apart from the streets and monuments in his name. This must be one of the earliest photographs of the Dublin sculpture minus the fencing, seats and bullet holes?

And indeed BeachcomberAustralia has confirmed that this image was likely captured sometime shortly after c.August 1882 (when the statue to O'Connell was first erected), but before c.August 1883 (when the figures at the monument's base were added). These four winged "victories" (conspicuous by their absense here) were added to represent O'Connell's believed virtues of patriotism, fidelity, courage and eloquence.....