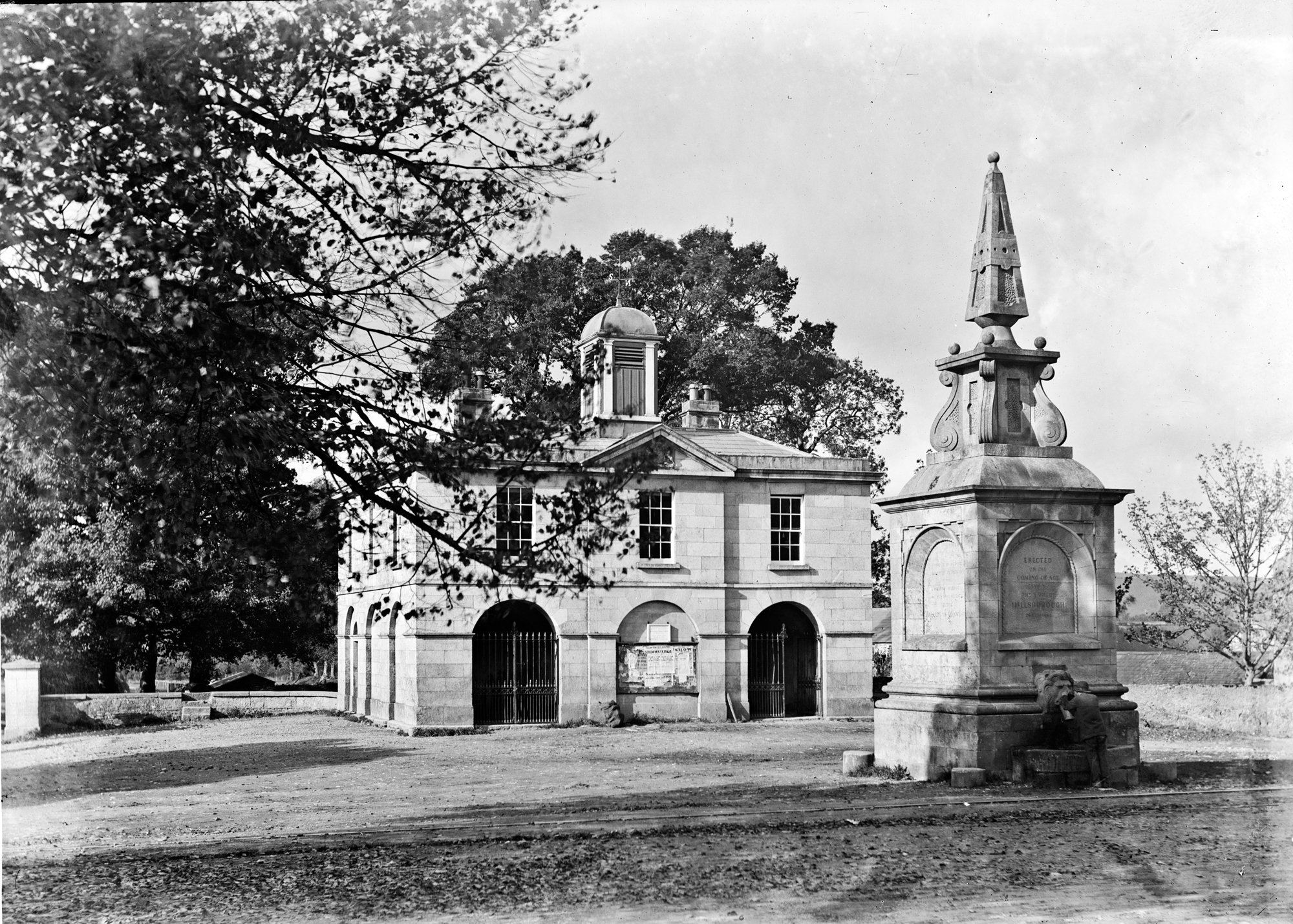 Try to find the date or year when this image was made.
Thanks for contributing!
In what appears to be a lovely sunny afternoon in Blessington, when the photographer captures a beautiful image of the Market Hall and Monument/Fountain. This is a beautiful area - some of which has been changed completely when a nearby valley was flooded to provide water and power to the nearby Dublin region!

Apart from the "missing belfry" that ɹǝqɯoɔɥɔɐǝq noted, some of the discussion today was on how recognisable the same scene is today. Also noted was that the local names of the monument and fountain seem to vary - with most sources refering to it as the "Downshire Monument", at at least some as the "Boyle Monument". Whatever the proper title, it seems likely this view of the monument and market house was captured in the first-half (rather than latter-half) of the 1900s-1930s range....