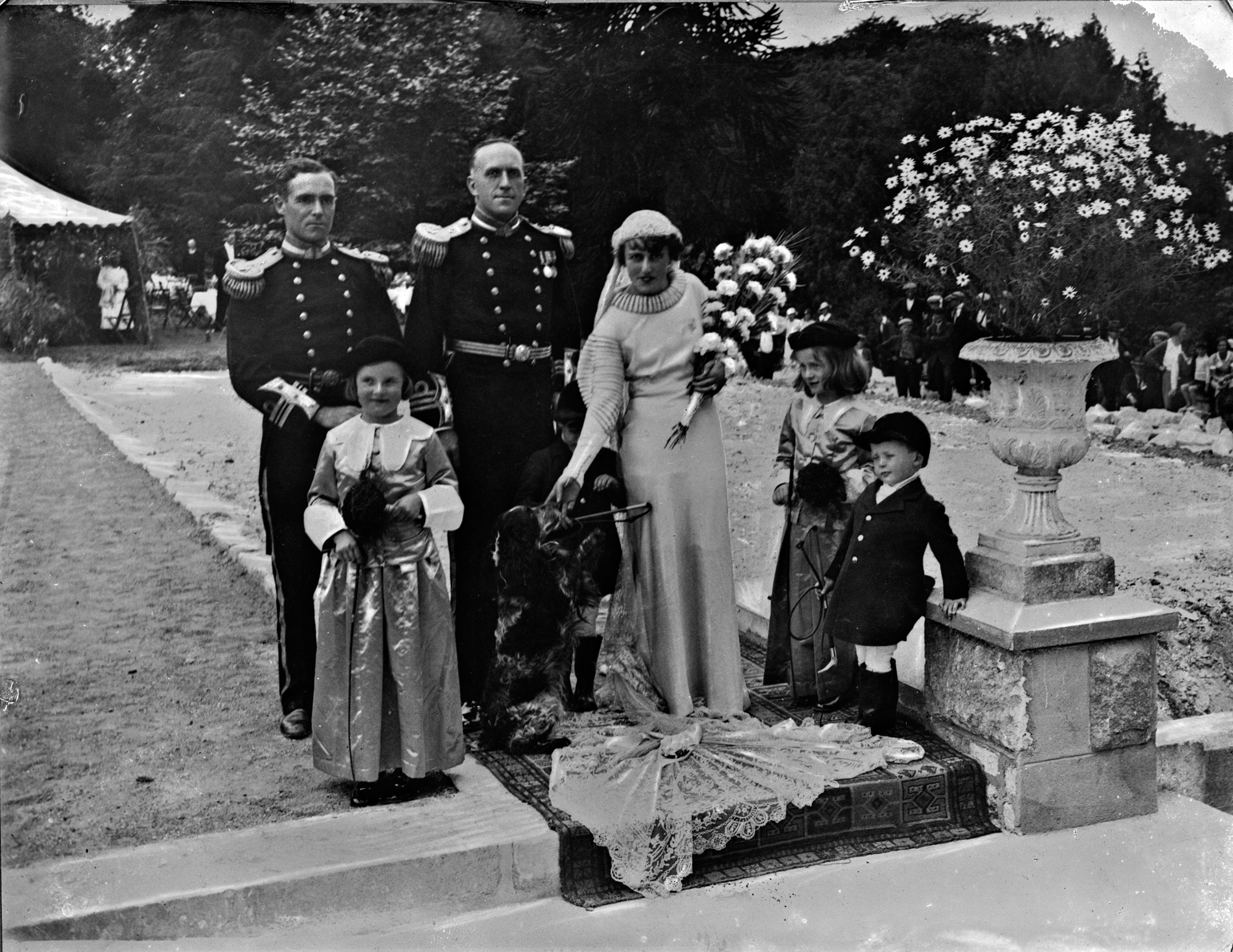 Try to find the date or year when this image was made.
Thanks for contributing!
This must have been a nice commission for Mr. Poole! A naval(?) officer and his bride with elegant uniforms in a beautiful "big house" setting. Were the children the produce of an earlier marriage or relatives of the bride or groom? Today there would be a chance that they could be the couple's own children, how times have changed....

The dog remains unnamed - but is presumably a Loftus family dog. And (given that a dog was unlikey to have been brought along to a hotel or other "outside" venue), there's a suggestion the image was captured at the bride's family home of Mount Loftus, in County Kilkenny....