A woman clothed in the sun! 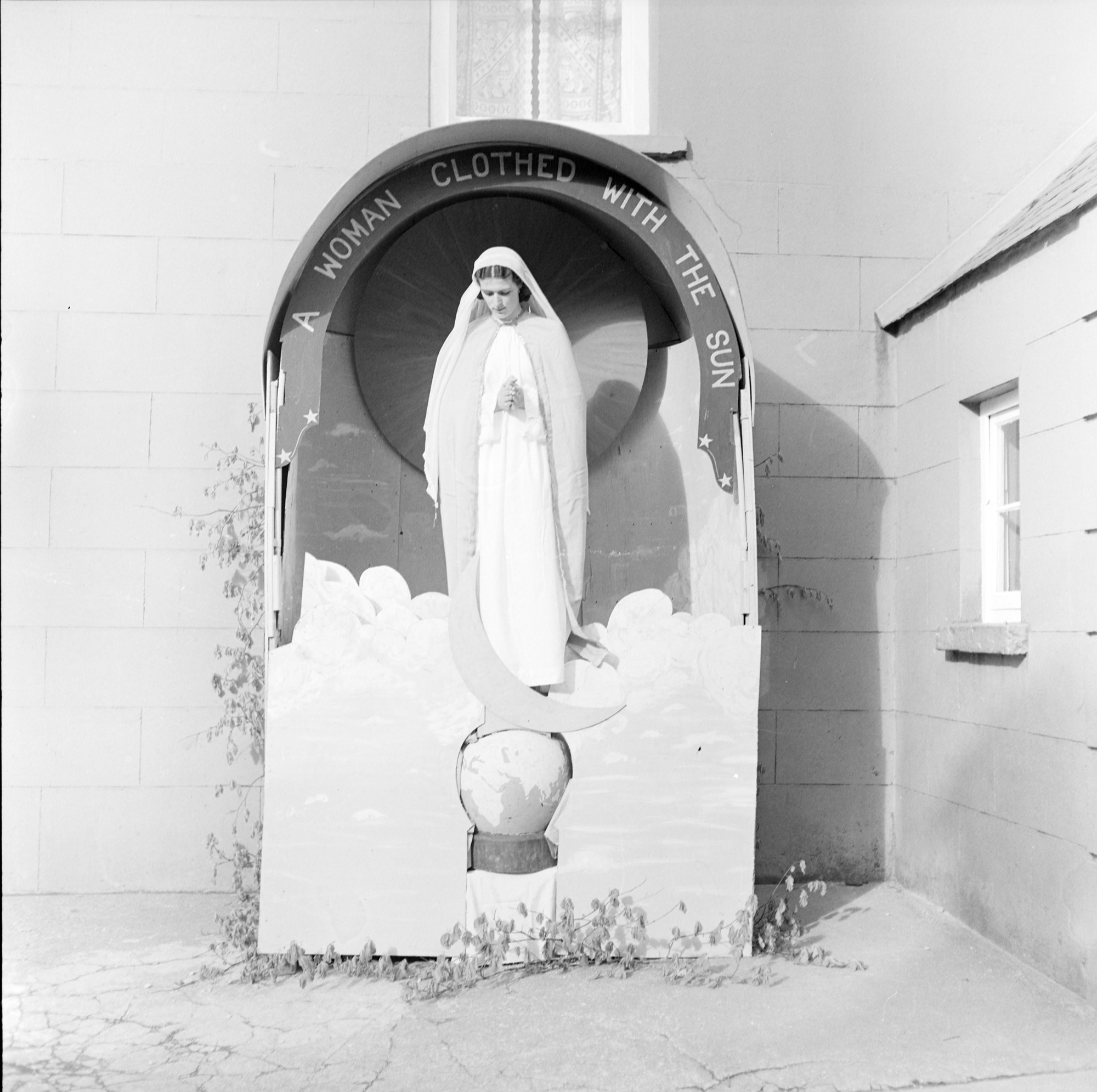 Try to find the date or year when this image was made.
Thanks for contributing!
As 1954 was designated a "Marian Year" by Pope Pius XII there was a rush to erect shrines/grottoes/statues in each parish in Ireland. This one, probably somewhere in Donegal from the lens of Mr. Tynan is probably one of many in the county. It does not appear to be moving as some at the other end of the country were alleged to have done ;-)

The general consensus is that this may not be a statue, but a real female woman (a scarcity at that time in Donegal :) ) partaking in a temporary tableau vivant to mark the opening of an actual Marian grotto and statue nearby. According to our intrepid Flickroonies, this Tynan image was captured relatively close to the centre of Glenties in Donegal….