Casts a long shadow! An ESB tractor and wide load on the Naas Road. 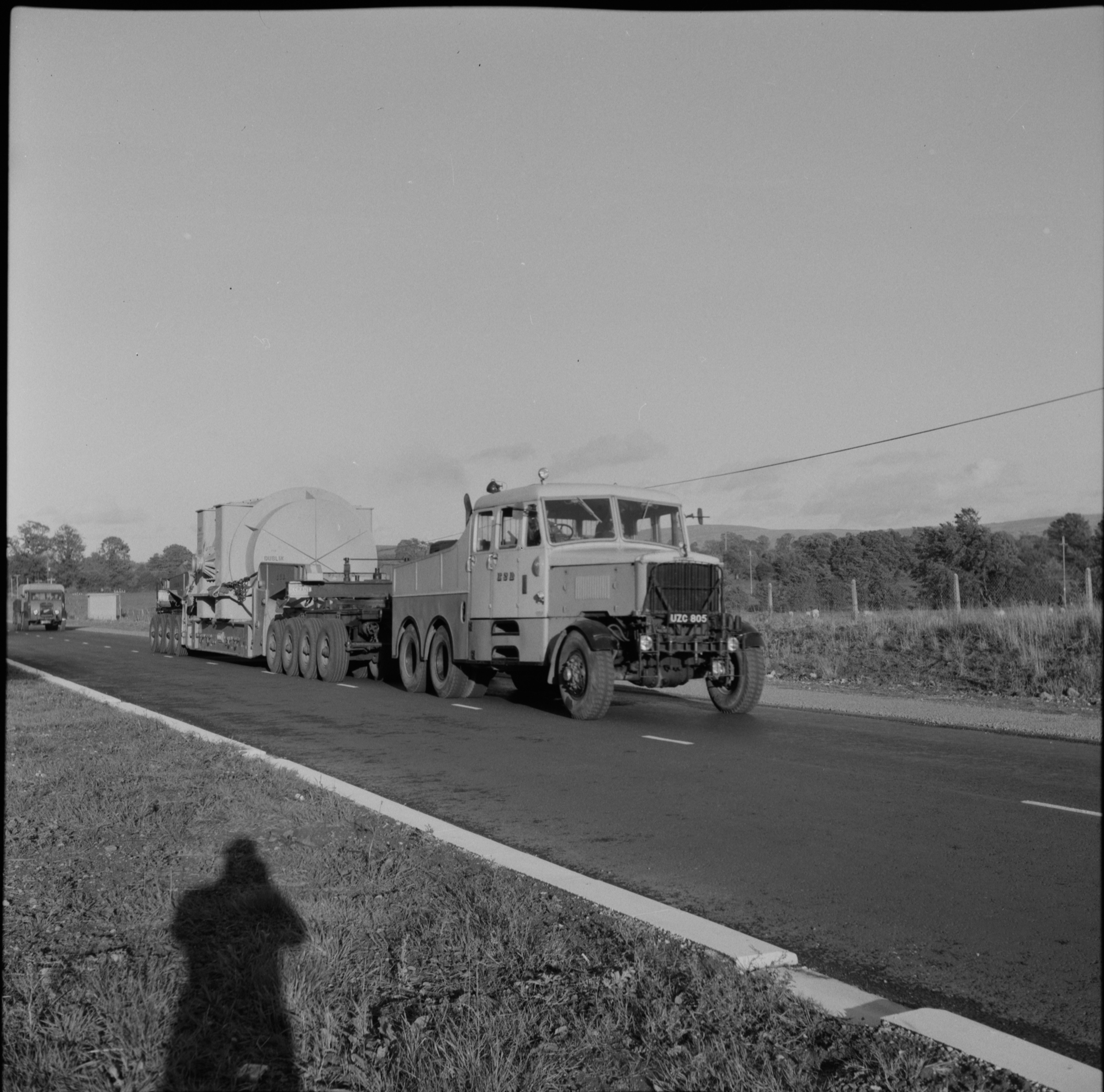 Try to find the date or year when this image was made.
Thanks for contributing!
Perhaps the alternative title for this should be "wheeling by"? An image from the O'Dea collection of a giant piece of electrical equipment for the Electricity Supply Board (ESB). This was taken out on the Naas Road where it had apparently escaped the traffic congestion it had caused in Dublins city centre and was about to cause in towns such as Naas and Newbridge!

The leading tractor, pulling the low-loader, is identified as a Scammell Transporter/Tractor. The precise spot on the Naas road is not (yet?) confirmed...