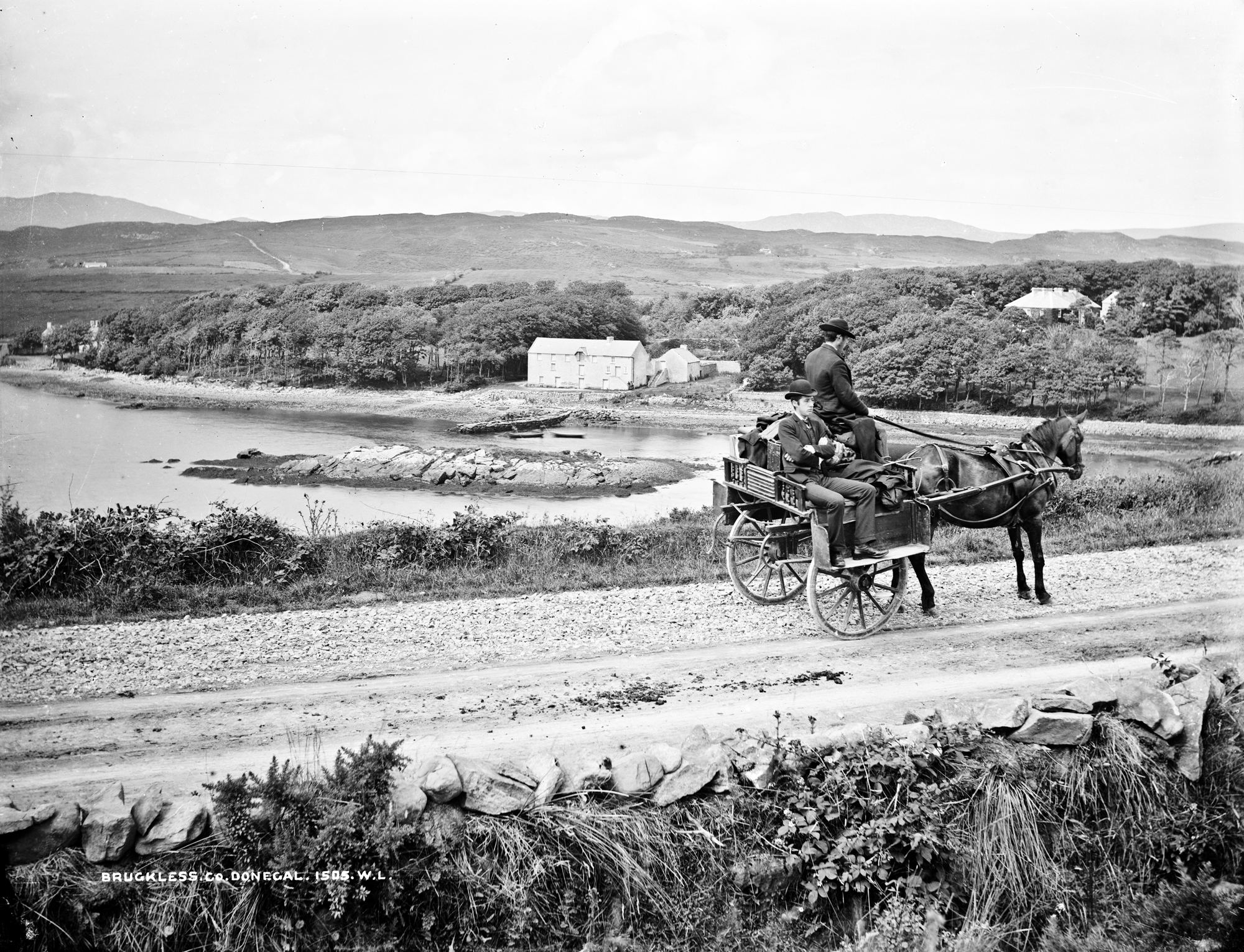 Try to find the date or year when this image was made.
Thanks for contributing!
This is the second time in recent weeks that Bruckless has been mentioned on this stream! This fine Royal sized plate taken by Mr. French shows the remote rural area of the time in fine detail. The other passenger on the jaunting car does not look in the least pleased at having to wait until the photographer has finished :-)

As today's contributors have pointed-out, the "other passenger" is a presumed member of the Lawrence/French entourage. We nicknamed him Jaunty in a previous discussion, and though not especially jaunty or animated here, his presence suggests a date in the late 1880s. (As at least some other images captured during the same "trip" were dated to c.1887). The other main topic of discussion today was on the two larger buildings visible - with ɹǝqɯoɔɥɔɐǝq and Niall McAuley identifying them as Bruckless Hall, tannery and Bruckless House. (Though the latter remains, the more central functional-looking building has since been demolished and replaced....)