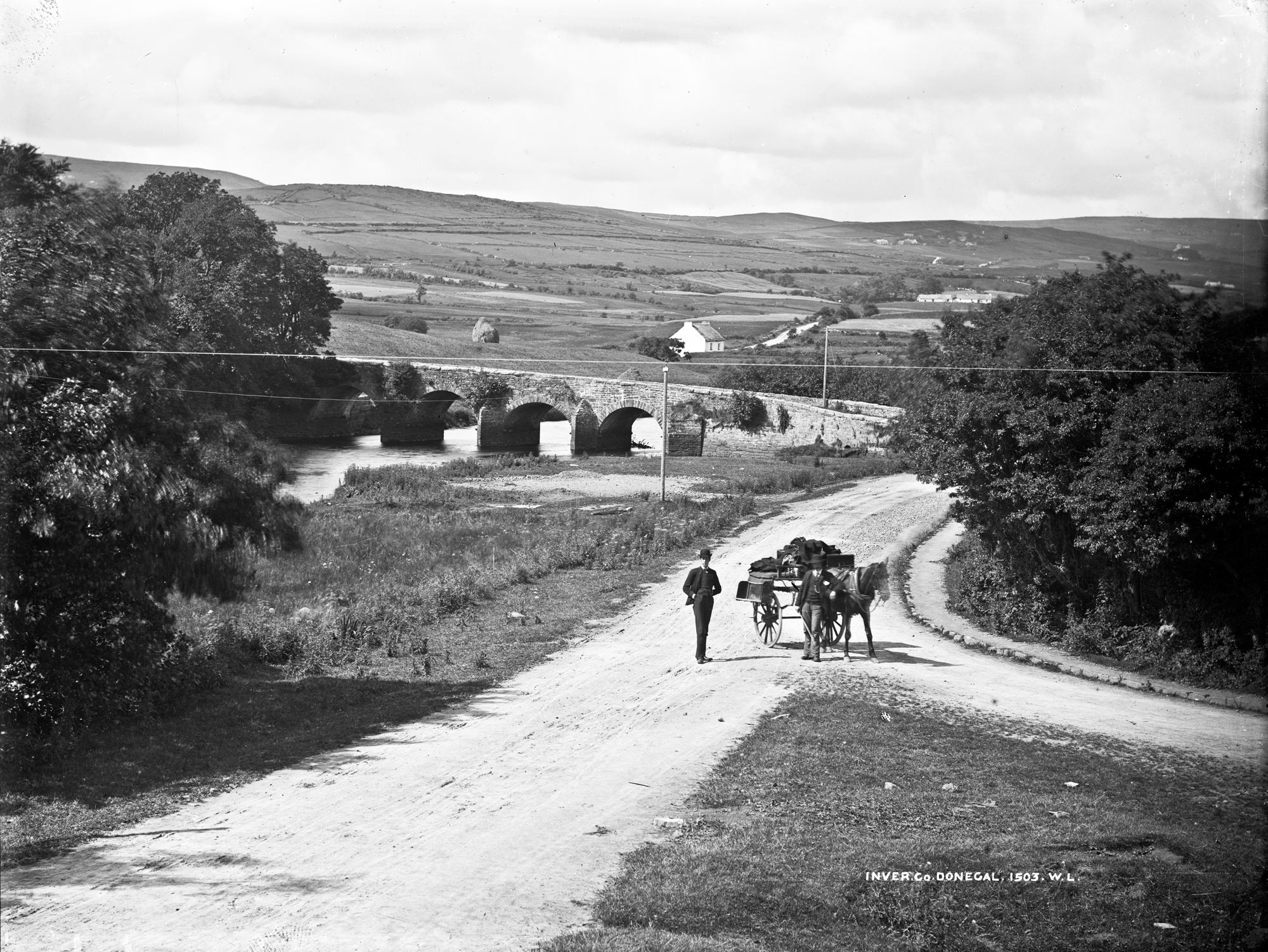 Try to find the date or year when this image was made.
Thanks for contributing!
While searching our catalogue for suitable photographs to share on this stream, I came across this one. Nothing exceptional I hear you say! But then I had a look at: General View, Bruckless, General View, Fintragh and Church, Killaghtee, all in Donegal. These photos got me thinking, I hope they get you thinking too....

.... And so it seems that "great minds" think alike. The general consensus is that this image (and more than a few others in the Lawrence series) probably captures members of a Lawrence studio "crew". Comprising a jaunting car driver (who seems to change from time to time), almost certainly an assistant (the younger man in the bowler), and perhaps Robert French himself (behind the camera and hence not captured here). The man presumed to be the assistant, and who was quickly nicknamed "Jaunty" today (for his attire and near ubiquitous presence on/near the jaunting car), has since been spotted in a dozen or so Lawrence images. To the extent that we're a little surprised we hadn't spotted him before :)

Thanks to mcginley2012, we also learned today that the actual titular subject of the image (Inver Bridge) was washed away in the 1960s. A modern roadbridge now carries the N56 over this stretch of the Eany....