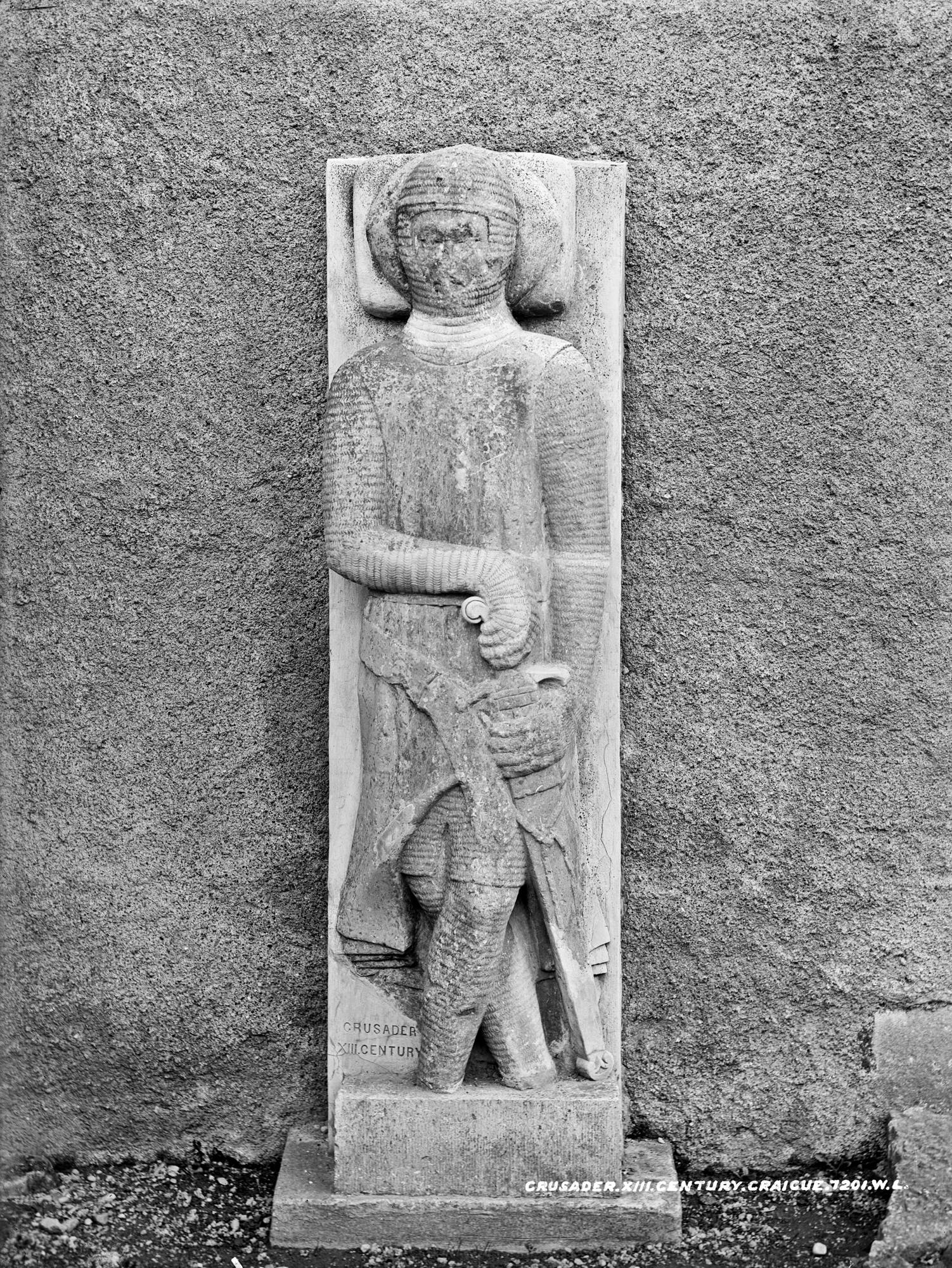 Try to find the date or year when this image was made.
Thanks for contributing!
From long gone golf clubs, to long gone glory hunters in Graiguenamanagh, County Kilkenny. This fine stone effigy, with superb detail, looks like an interesting subject for a day in which the rain is belting down (at least here in Dublin)!

And so we learned that this effigy was (and still is) at the doorway to Duiske Abbey in Graiguenamanagh. We also learned that, while the "crusader" description arose from the cross-legged stance of these types of medieval reliefs, later research suggests that the stance doesn't neccesarily denote a crusader specifically. Whether crusader or not, this depiction of a 13th century knight could perhaps capture William Marshall, the Anglo-Norman knight who founded the abbey in 1204. Or maybe another local, Alan Beg, who offered significant tithes in exchange for a burial at the abbey....