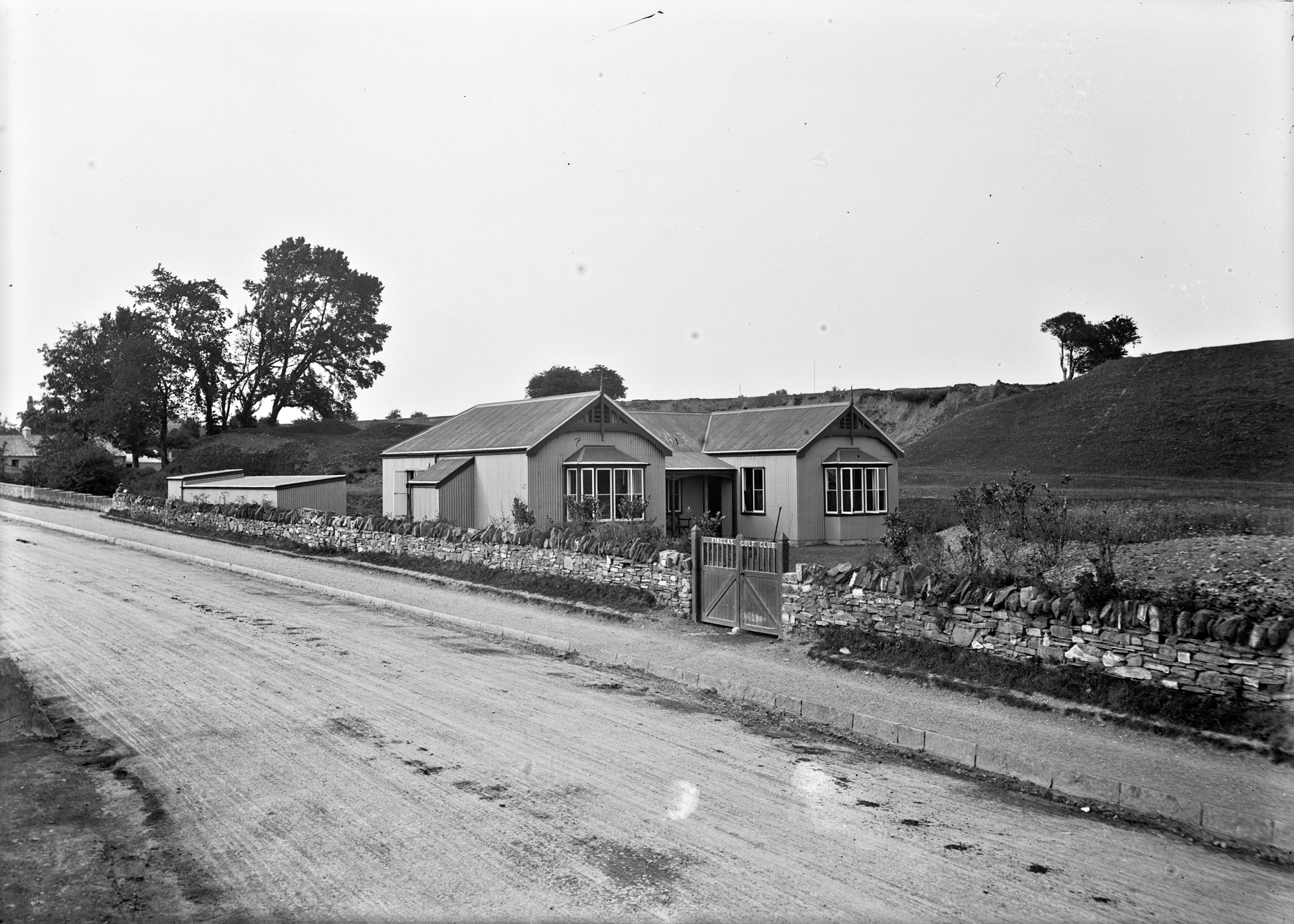 Try to find the date or year when this image was made.
Thanks for contributing!
From yesterdays funeral in "God Knows Where" to today's location close to Irelands best known cemetery! If ever there was a location that has "changed, changed utterly" then this surely is it! Finglas Golf Club is no more, the roads and byroads for miles around have been altered beyond recognition. So I perhaps the first to the OSI will tell us where this is?

Before we went to the OSI however, a few spotted this similar location hunt on the Glasnevin Heritage FB page. This suggested that the golf course stretched perhaps from Bellevue (off the Tolka Valley Road) to the area of Finglas now occupied by Fairways Estate (which most likely took its name from the course). The general consensus seems to be that we are looking south - with our back to Finglas and looking roughly towards the city. The clubhouse, cottage (left middleground) and sandpit (right middleground) - all now long long gone - were likely those captured in the 1907 OSI 25" map on the Finglas Road. We also learned of some interesting connections to Taoiseach John A Costello, and events of Easter week 1916....