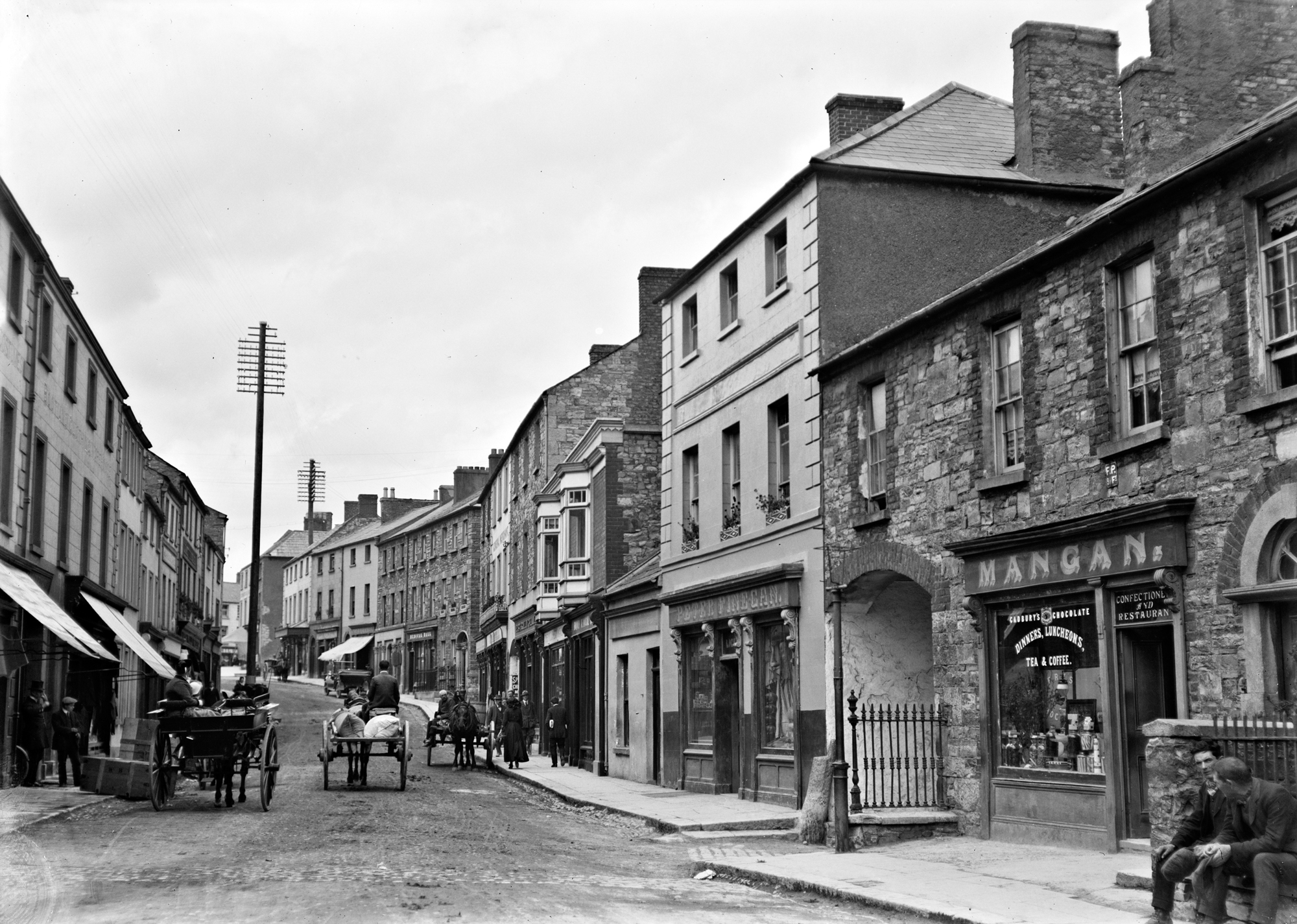 Try to find the date or year when this image was made.
Thanks for contributing!
A street in Dublin City? While this is what the catalogue says, I really don't think so! But, if not Dublin, then where is it or even where was it? A busy hilly street somewhere in Ireland, where a Taoiseach might meet a man in a pub with a pint in each hand? At least they had the electric so dating may not be too hard...

... And we have confirmation that indeed this isn't Dublin, but Ludlow Street in Navan, County Meath. Derangedlemur very quickly set us straight, and while his explanation (that he's "memorised all of Google StreetView") was probably intended as a joke, sometimes I do wonder :)

Beachcomber reminds us that we have previously seen other Eason photos of Navan similarly mislabelled - something to look out for in future...