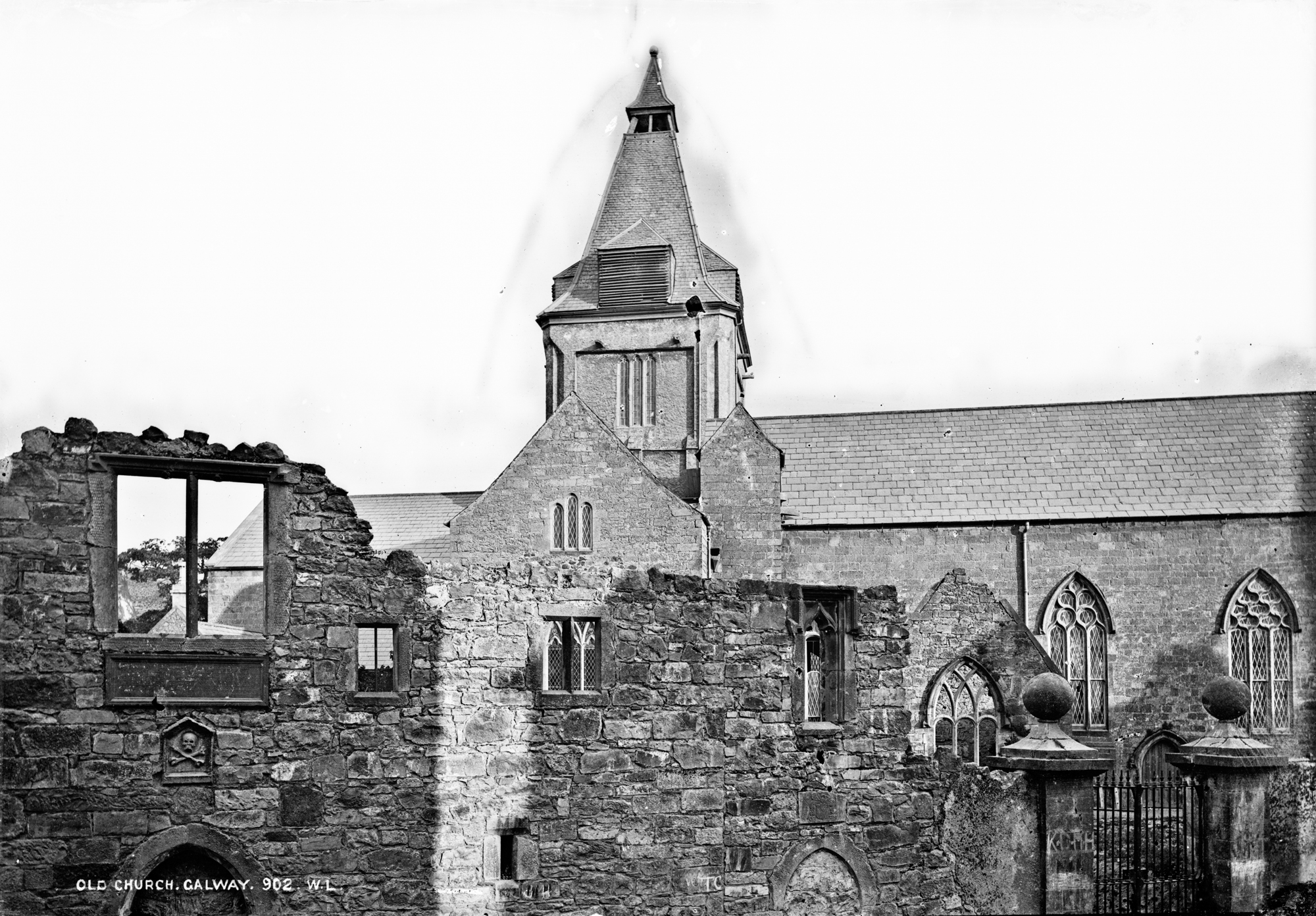 Try to find the date or year when this image was made.
Thanks for contributing!
An iconic if pooly captioned(?) image from the Lawrence Collection today. Galway is famous for many things and the window in the foreground is one of those, perhaps even more than the beautiful church in the background?

And so today's discussion reflected the two main visible subjects: "Lynch's Window" to the foreground, and the Church of St Nicholas to the rear. The latter has captured our attention before - with today's discussion focusing on how the lack of a clock in the tower helps date the image to before 1898. The former, Lynch's Window, we hadn't previously discussed (despite practically gazing through it a year or so ago :) ). While the inscription below the window reflects a local legend (of a 15th century magistrate who prioritised loyalty to law and city over loyalty to family - and hung his own son), it could well be a folly of it's day. The suggestion being that the window and structure surrounding it were built of otherwise unrelated architectural fragments in the early 19th century. Whether the story or the structure are 15th century truths or 19th century follies, we're absolutely delighted that both remain part of the fabric of such a vibrant and historic city.....