Army band and people in a field 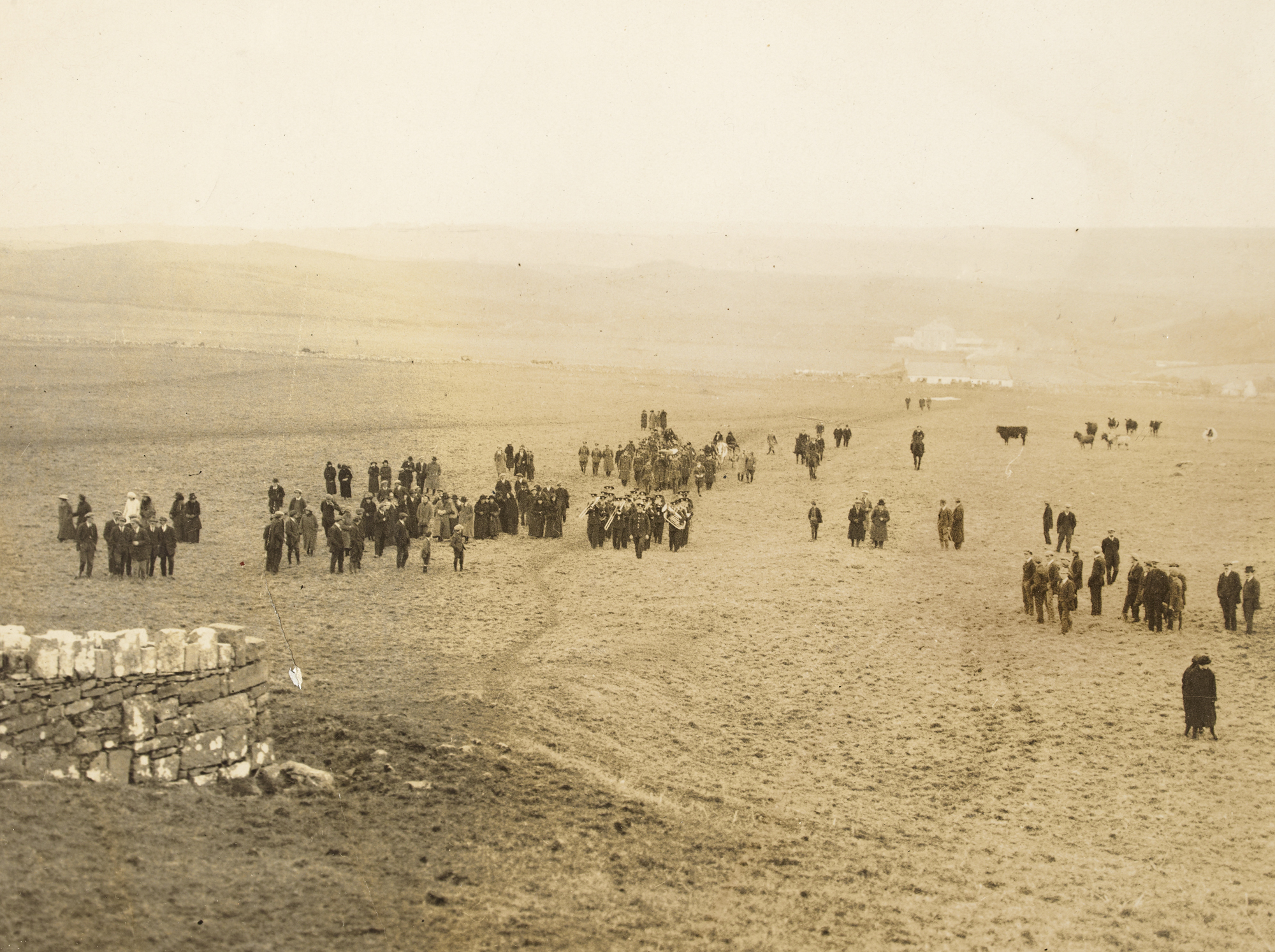 Try to find the date or year when this image was made.
Thanks for contributing!
Today we make a rare visit to the Hogan-Wilson collection, and while it may not be our clearest photograph ever, you can see enough detail to suggest that this is a military procession. Perhaps a funeral? I like that all the cattle to the right seem to be focused on the proceedings. What are the chances of discovering the location?

The community pulled-out all the stops on this one, and propose at least two possible candidates on subject, date and location.

Based on the 1924 date in the catalogue, and the possible mixed Garda and army cortege, guliolopez suggests that this could be the funeral of Garda John Murrin at Bruckless, County Donegal. (He had been shot at Carrick-on-Suir in May 1924, and succumbed to his wounds later in the year). While there is a reasonable overlap on date and subject matter, there is less certainty on the location...

In a parallel thread, and based on the description and army presence, Rory_Sherlock suggests this might be the 1922 funeral of army Sgt Michael Roche at Doolin, County Clare. (He had been killed in a grenade explosion at Tralee in August 1922). While there is less overlap with the catalogue range, we've learned before that they are not always reliable, and there seems more overlap and certainty on landscape and location.

There is perhaps a consensus building that we're looking at a Hogan capture of the latter army/Roche funeral.....