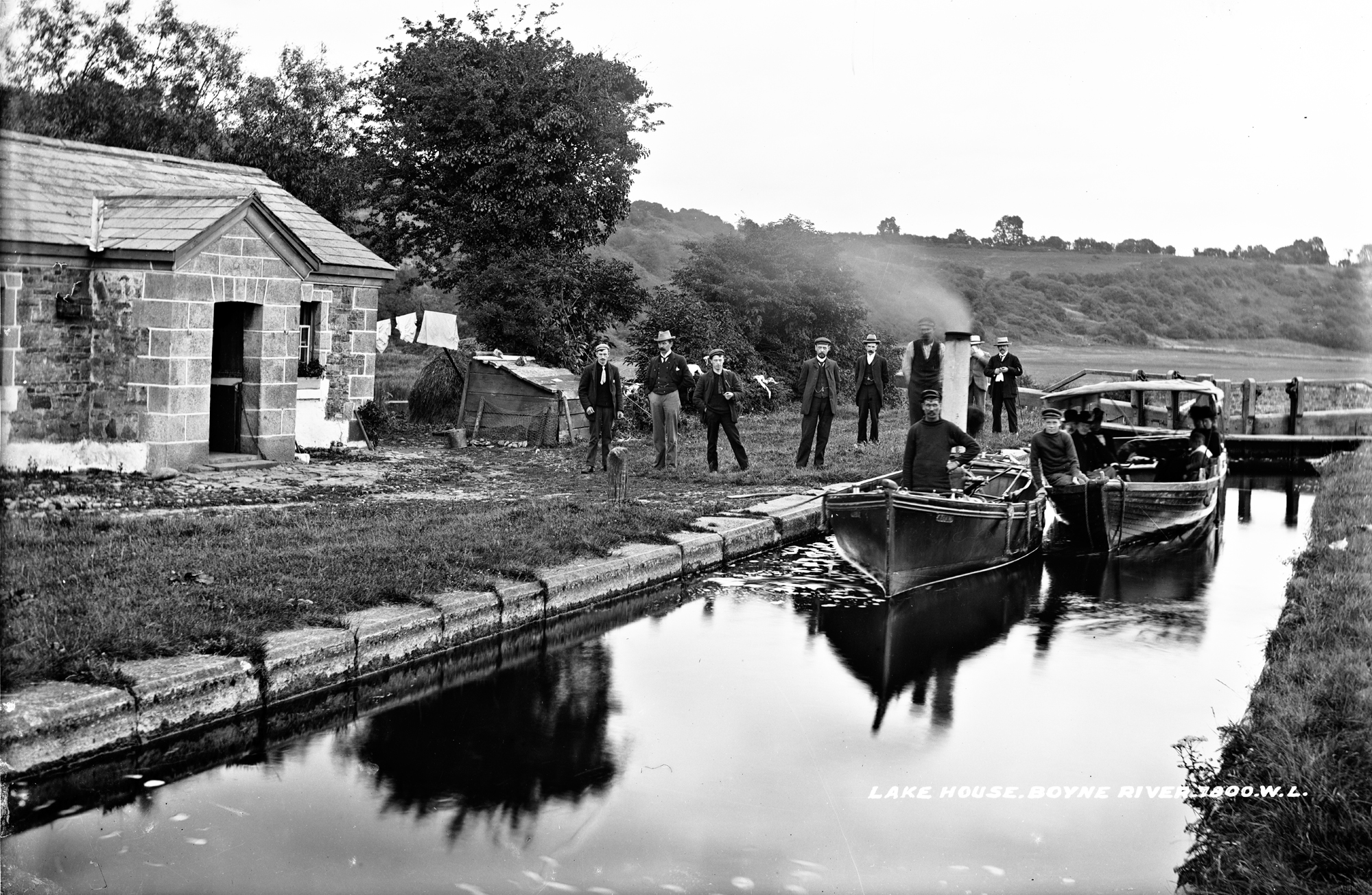 Try to find the date or year when this image was made.
Thanks for contributing!
This fine shot of two canal boats at the lock in a canal would seem appropriate to many counties. While County Louth may not seem the most obvious candidate, yet that is the caption on this lovely Lawrence image. The boats do not appear to be the usual goods vessels, but rather a towing engine and perhaps a pleasure craft? Can anybody enlighten Morning Mary, please?

And enlightened I have been. The consensus is that these are touring pleasure craft on a stretch of the Boyne Navigation. Perhaps close to Rossnaree and Newgrange. While not "our" vessel, other similar steam launches seemingly carried tourists from Oldbridge (near Drogheda) to Slane in County Meath. Medea_ry advises that "our" launch may have been one of three named 'Shamrock', 'Tara' and 'Boyne', probably the latter....