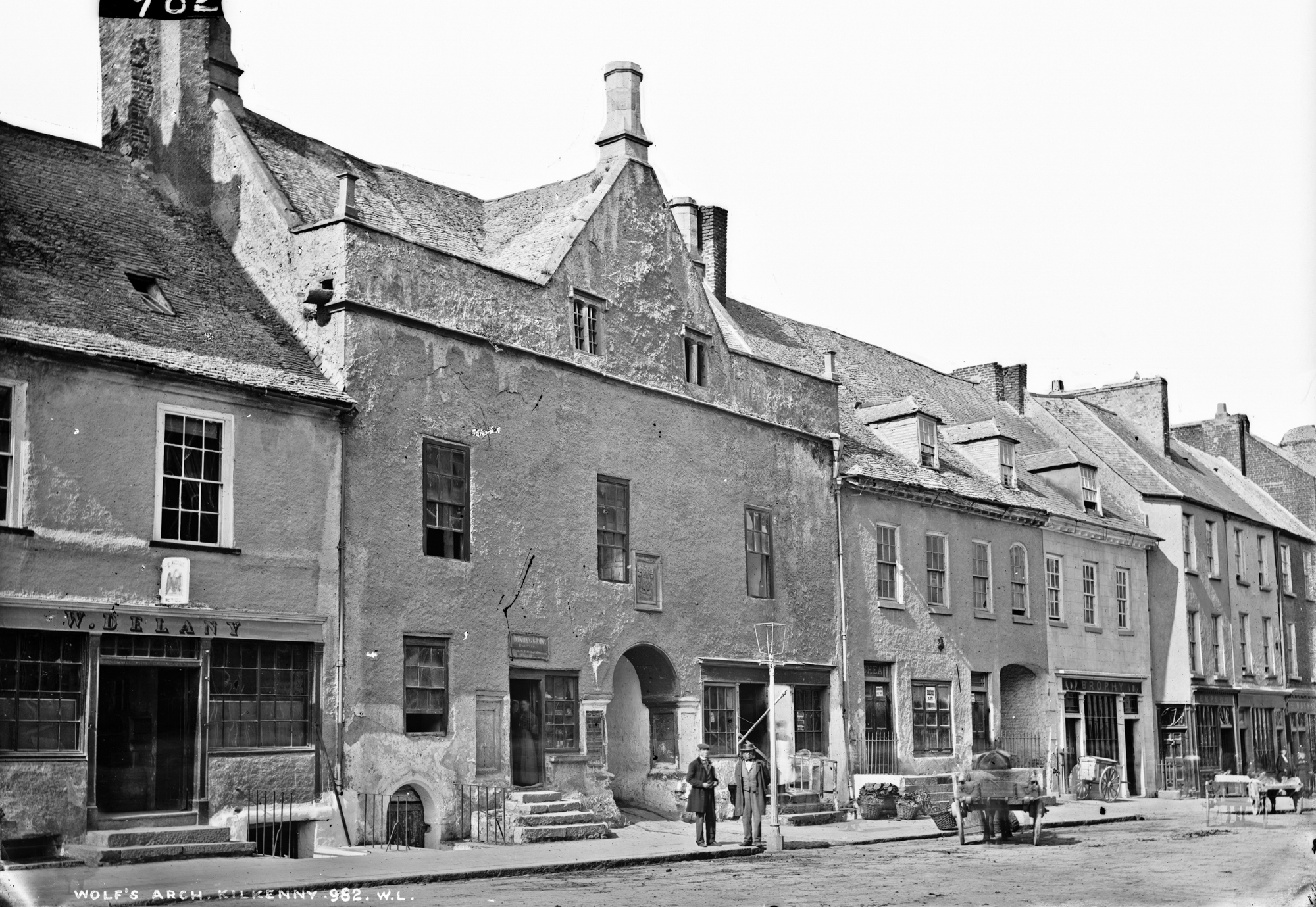 Try to find the date or year when this image was made.
Thanks for contributing!
From the childish charm of Monday to the rustic history of Tuesday!

This building in Kilkenny is a very distinctive, and captured in a particularly fine image, with good detail of the arch and adjacent buildings. It looks like early in the day to me, but there are no dogs in evidence and as the old motto goes "Mad dogs and Englishmen go out in the noonday sun"!

Thanks to fantastic inputs on this image (including from B-59, Niall McAuley, beachcomberaustralia, O Mac, and guliolopez), we learned a lot more about the subject and date. It is confirmed that this is Rothe House, a late-16th century townhouse in Kilkenny's medieval centre. Built by the merchant Rothe family, there's strong evidence that it was captured in this Lawrence/French image early in the catalogue range - probably the 1860s. The strongest evidence of this (apart from the dress and marvelous mutton-chops of the chaps standing unironically outside the barbers) is the poster beside the arch. The poster advertises a "lecture" in "Electro-Biology and Phrenology" - both common to a branch of practiced "sciences" which were fashionable in the 1850s and 1860s. As part-alternative medicine and part-entertainment...