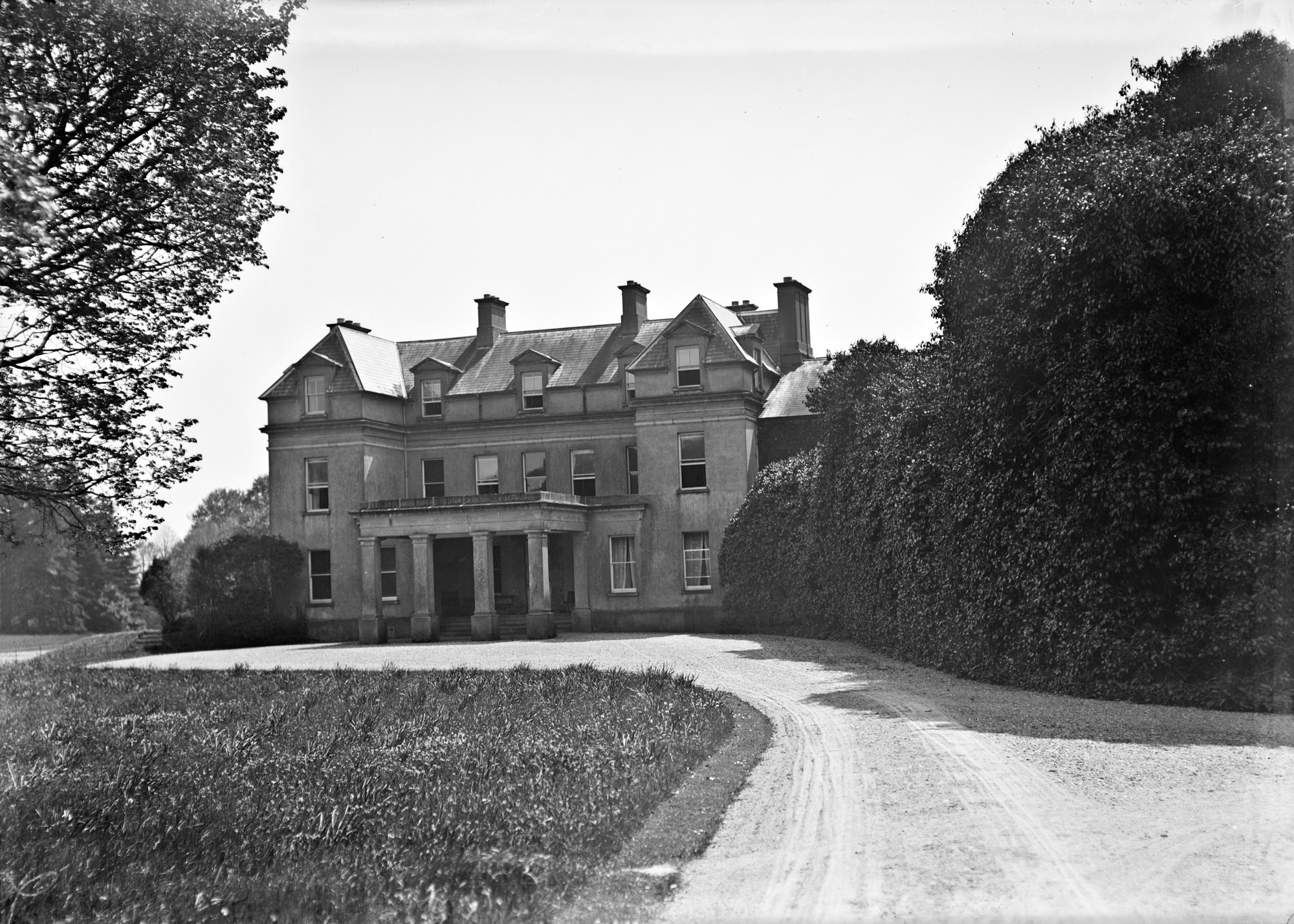 Try to find the date or year when this image was made.
Thanks for contributing!
The first thing that came to my mind when I saw this photo was what makes a house a mansion? Wikipedia provides the following definition: "A mansion is a large dwelling house. The word itself derives through Old French from the Latin word mansio "dwelling", an abstract noun derived from the verb manere "to dwell". The English word manse originally defined a property large enough for the parish priest to maintain himself, but a mansion is no longer self-sustaining in this way (compare a Roman or medieval villa)". What can you tell us about this particular mansion?

The general consensus (prompted initially by sharon.corbet) is that this is a view of Courtown House near Gorey, County Wexford. Demolished in the mid-20th century, this ex-mansion is now another entry in our "no longer standing" album.....