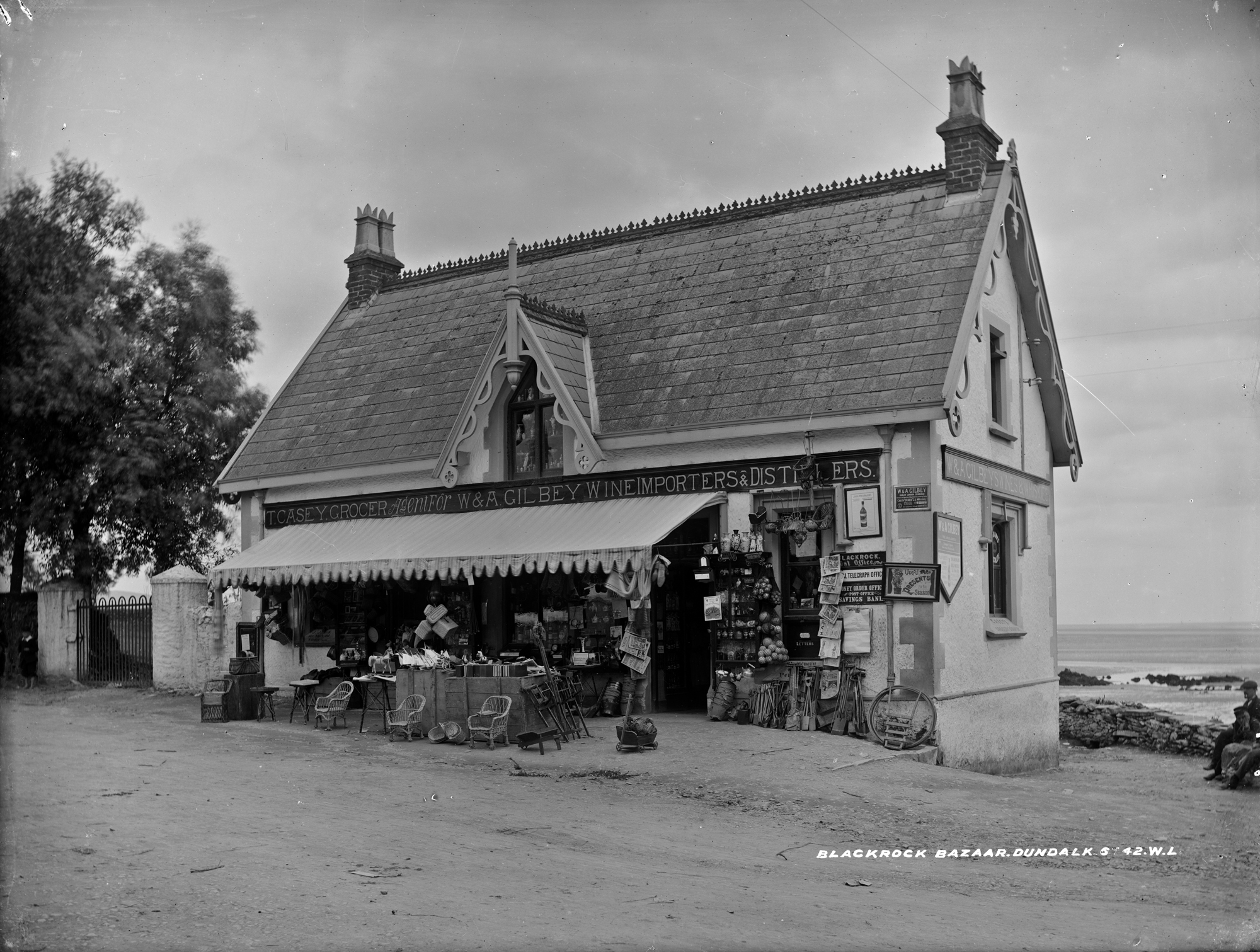 Try to find the date or year when this image was made.
Thanks for contributing!
"Bazaar" a word much used in past years and seldom seen now! An ancient Persian name for an enclosed market, the Bazaar enabled the development of cities in the ancient world. An example in Blackrock therefore might lead to hopes that it would enable the development of a metropolis? Perhaps streetview might show us if it was a success?

While the streetview offered during today's investigation doesn't imply a sprawling metropolis, it does confirm that the bazaar is still standing, and now a fruit and veg shop. As well as confirming the location and subject, today's contributors suggest a possible date range: using the visible penny periodicals to refine the five decade catalogue range to a decade or so c.1900. (Seemingly the "1d Pictorial Magazine" was first published c.1899, and the "Scraps Magazine" ceased publication in 1910). Whether the two chaps to the right are visiting the seaside from nearby Dundalk, members of the Casey family (proprieters and sub-postmasters) or just local photo-bombers, we may never know :)