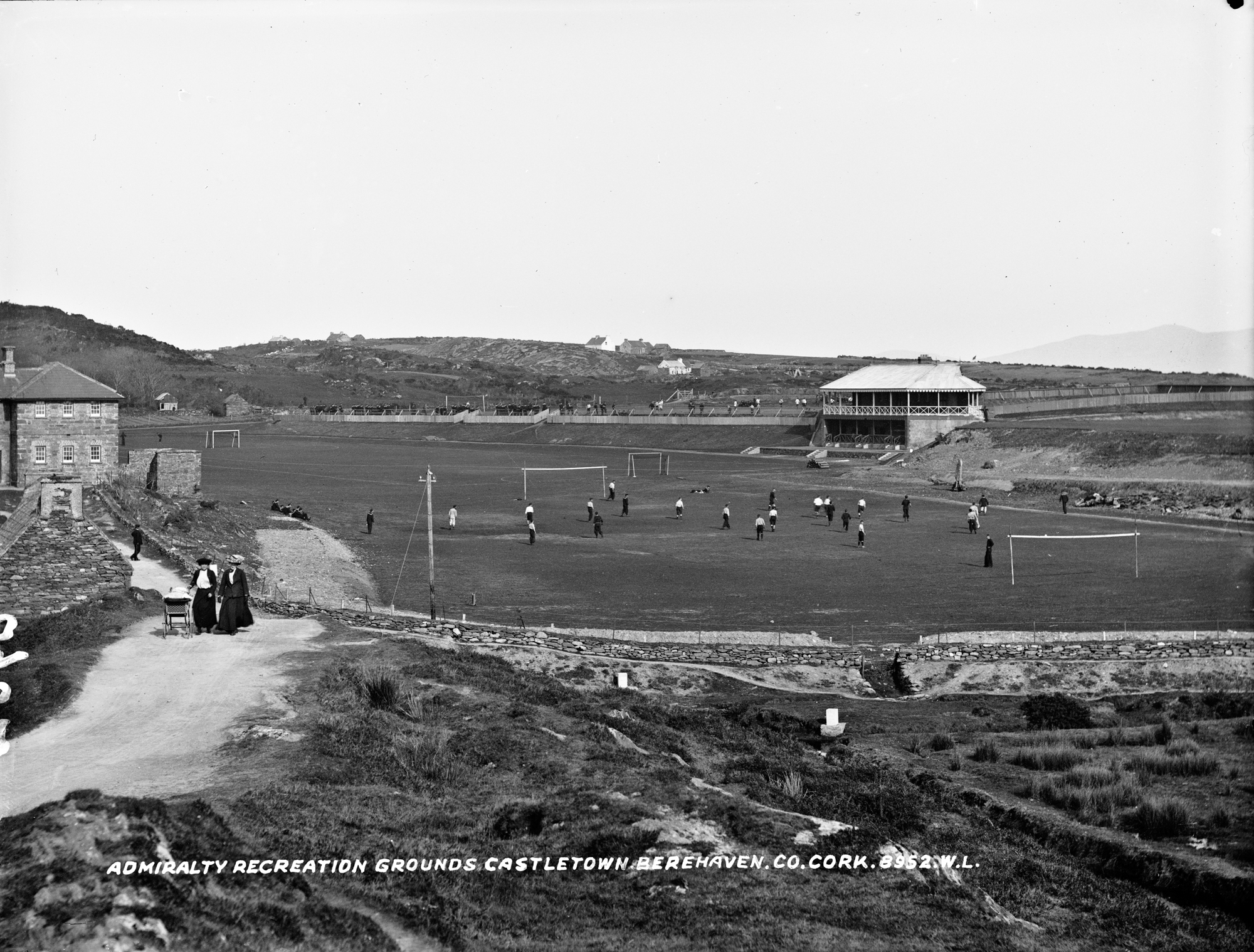 Try to find the date or year when this image was made.
Thanks for contributing!
It just isn't cricket, at the moment, with football pitches laid out at the Admiralty Recreation Grounds in Castletownberehaven, County Cork. Today, when the presence of the British fleet is hardly a memory, this ground must appear to be an anachronism. In its time however, it would have had plenty of players - with lots of crews and support staff to play and enjoy the bracing Atlantic air and the joys of football, cricket and other sports. Has it reverted to the wild since this was taken?

beachcomberaustralia suggests (and others corroborate) that this image was captured at the Lawrence Cove recreation grounds on Bere Island. With the Lawrence Cove National School as the "robust" looking building on the left. While it seems that the lower-pitch (centre/middle-ground) has reverted somewhat to the wild, the upper-pitch (right/background) is still put to the same use.....