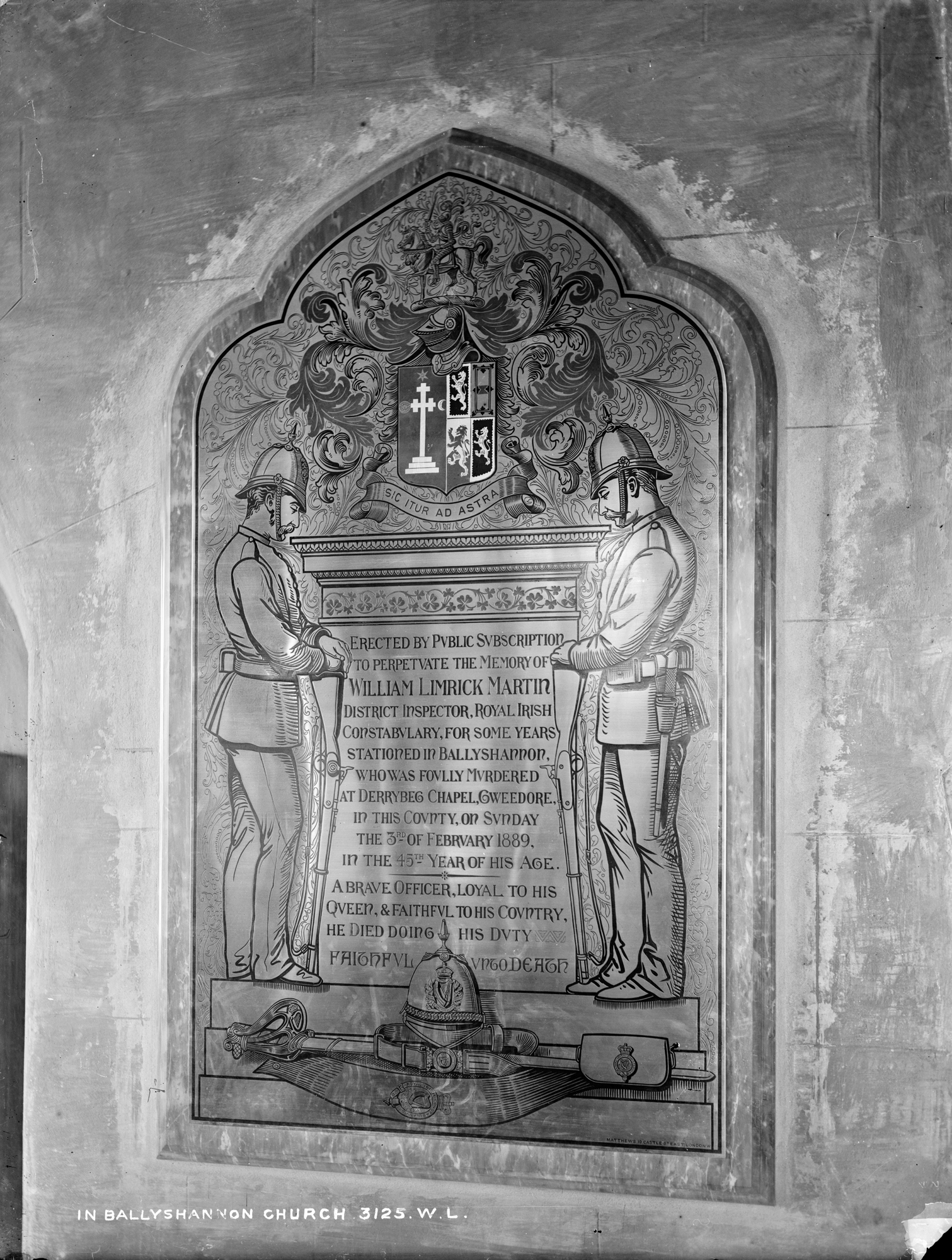 Try to find the date or year when this image was made.
Thanks for contributing!
A day to remember with a memorial in a church in Ballyshannon in Co. Donegal. At first sight the figures would appear to be police but other services also wore similar helmets at times. It is obviously a memorial to the fallen, as the "reversed" rifles is a sign of respect for the dead. Where is it and who does it commemorate?

With thanks to today's contributors, it is confirmed that this image connects to the Tríd an Lionsa sequence we shared last year, and captures a memorial to an RIC inspector who died in events covered in an episode of that TV series. As noted by the guys below, District Inspector William Martin was killed in violent circumstances during the 1889 Land War, while attempting to arrest the "Patriot Priest" Fr James McFadden. The series of trials that followed were among the first in the country to use photographic evidence (evidence which seemingly persuaded the jury to a reduced sentence and plea bargain)....