He handed me a wet fish! 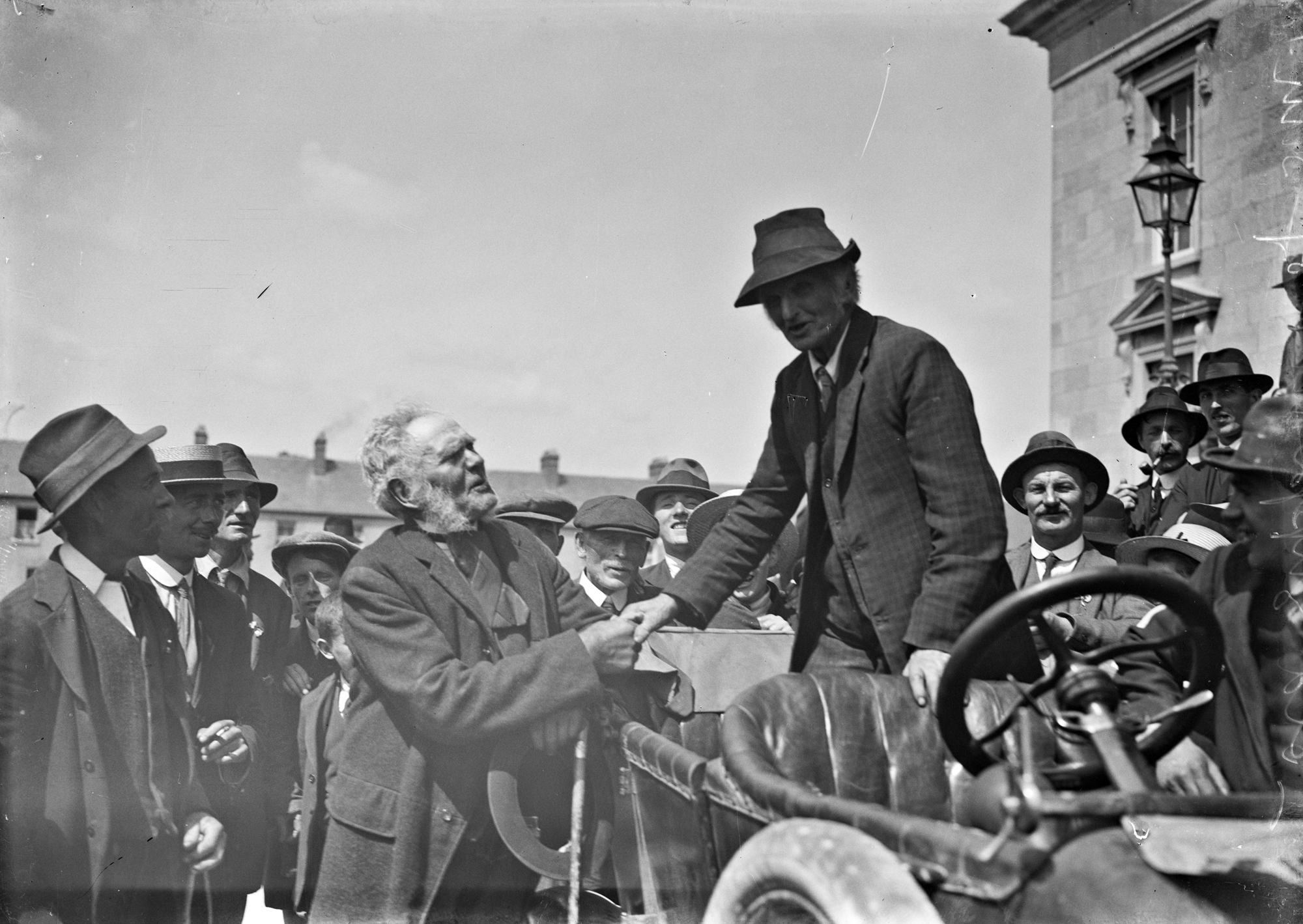 Try to find the date or year when this image was made.
Thanks for contributing!
This interesting shot from the Keogh Collection shows a group of men gathered around a car at an election rally. The man on the ground has a fine set of "mutton chop" sideburns. The candidate has a hat that has been crushed many a time and has taken on a shape all its own. Who, where and when?

Rory_Sherlock was first to suggest (and we have many strong reasons to accept it) that this image was taken at the courthouse in Ennis, County Clare. Perhaps around the same time (1917) as a similar Keogh Brother's image of De Valera on the steps of the court house - as part of his successful by-election bid that summer. We don't have the who/where/when trifecta however - as we're none-the-wiser as to who the central figures are here....