Pipes in the forest 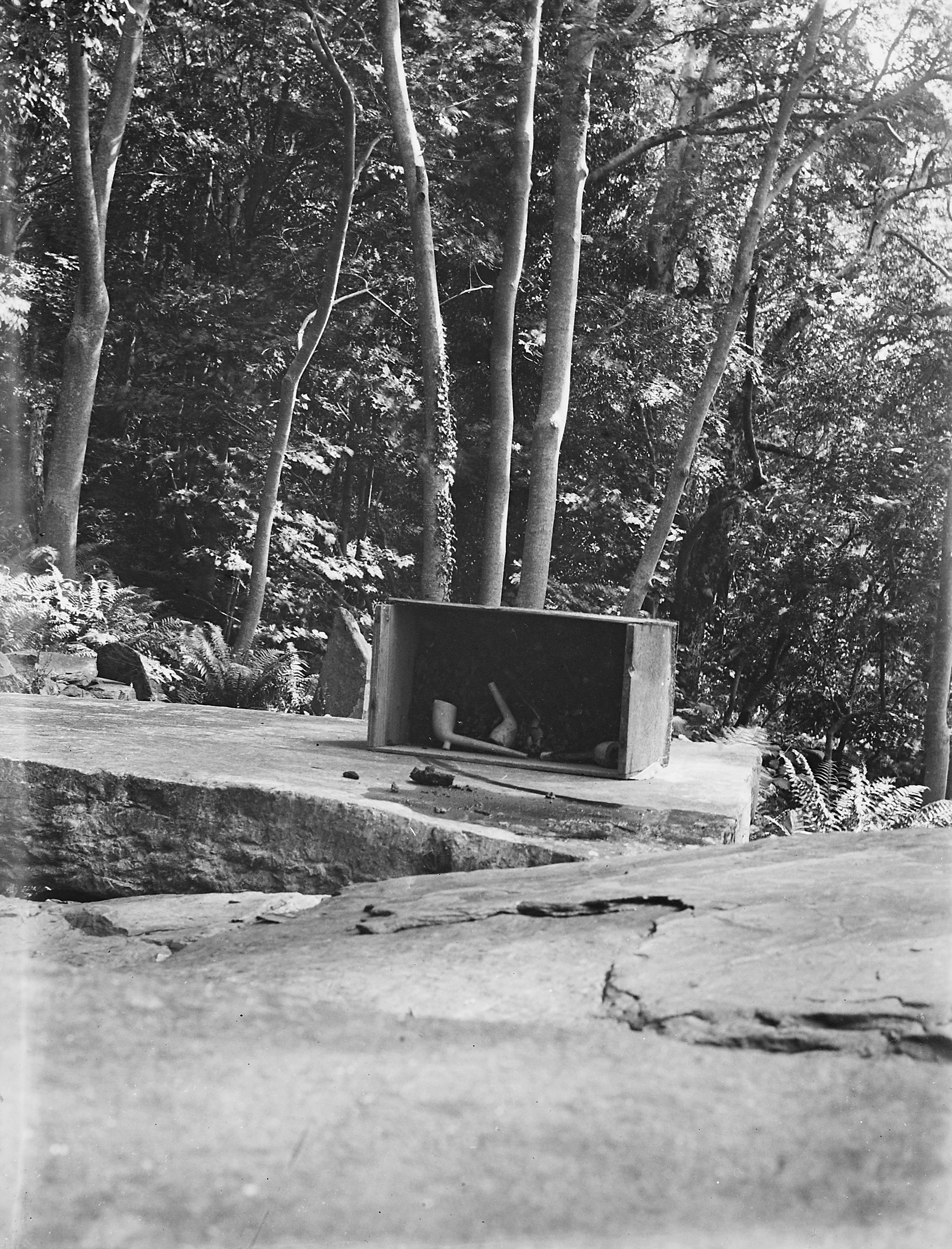 Try to find the date or year when this image was made.
Thanks for contributing!
The Clonbrock Collection is one that delights us with views into a different social milieu with beautiful and beautifully dressed people and grand houses and rooms. Today however we have a strange image of a case in a forest glade with some clay pipes therein. Could this be one of those strange graveyards such as we visited a long time ago?

The consensus is that this is Salruck (aka Salrock) Graveyard in County Galway. A place we (and O Mac) have indeed visited before....