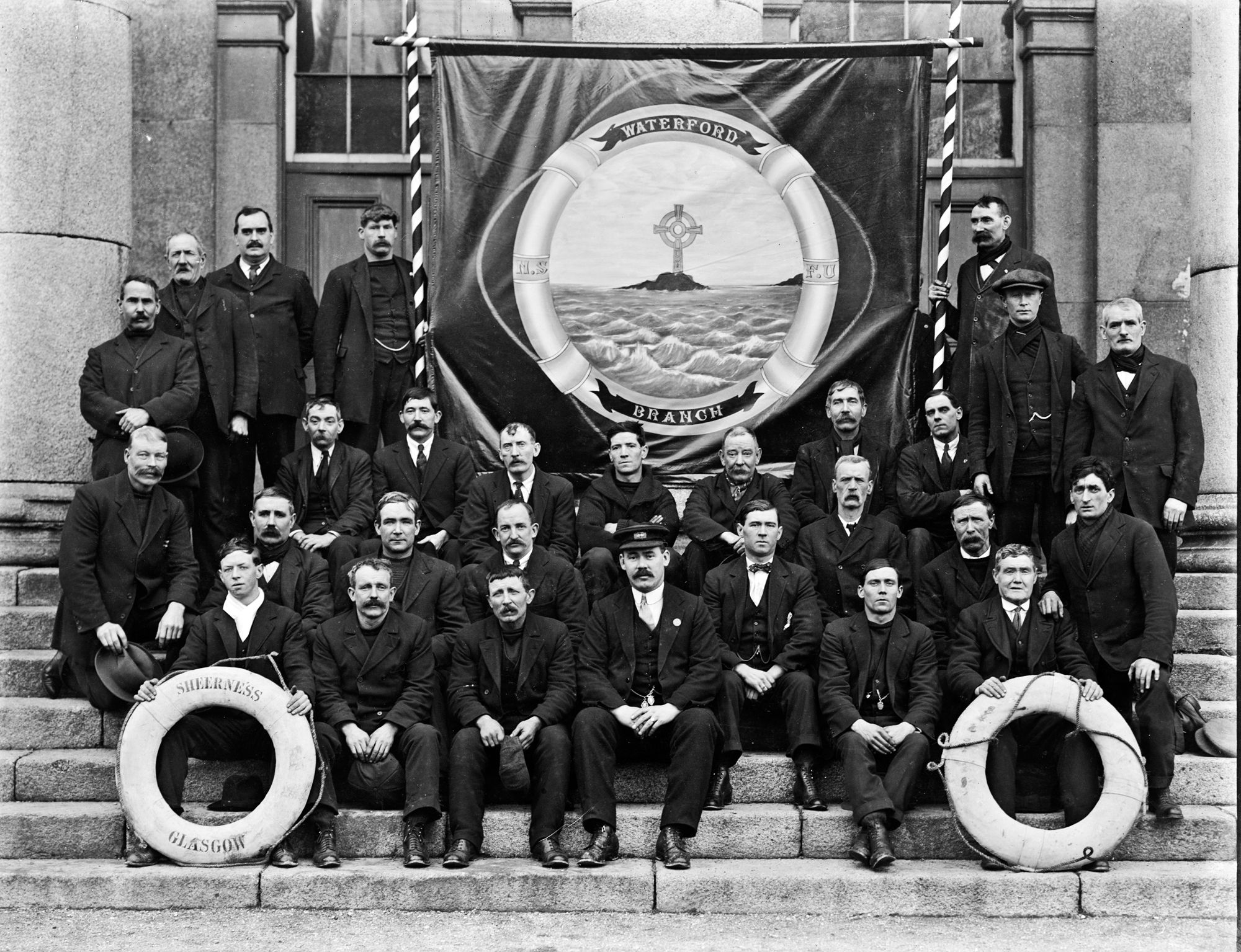 Try to find the date or year when this image was made.
Thanks for contributing!
To end the week we have a group photo from Poole of the Waterford Branch of the National Seamens and Firemans Union. It comes complete with reminders of the perils of their trades! Once a form of employment common among the people of port cities, today there are few jobs in ships occupied by men or women from Waterford, Cork, Limerick, Arklow etc. Men who go down to the sea in ships!

Niall McAuley confirms that this is Waterford courthouse, and also links an earlier crewlisting of the SS Sheerness vessel represented by the buoy held by the lad front-left (it lists a few crewmen with Waterford connections - who could be pictured). Guliolopez provides some information on how the "NS&FU" were, sometimes alongside the land-based dockworker's unions, involved in advancing conditions for workers in the era this image was taken (an "eventful" period for the labour movement in the region).....