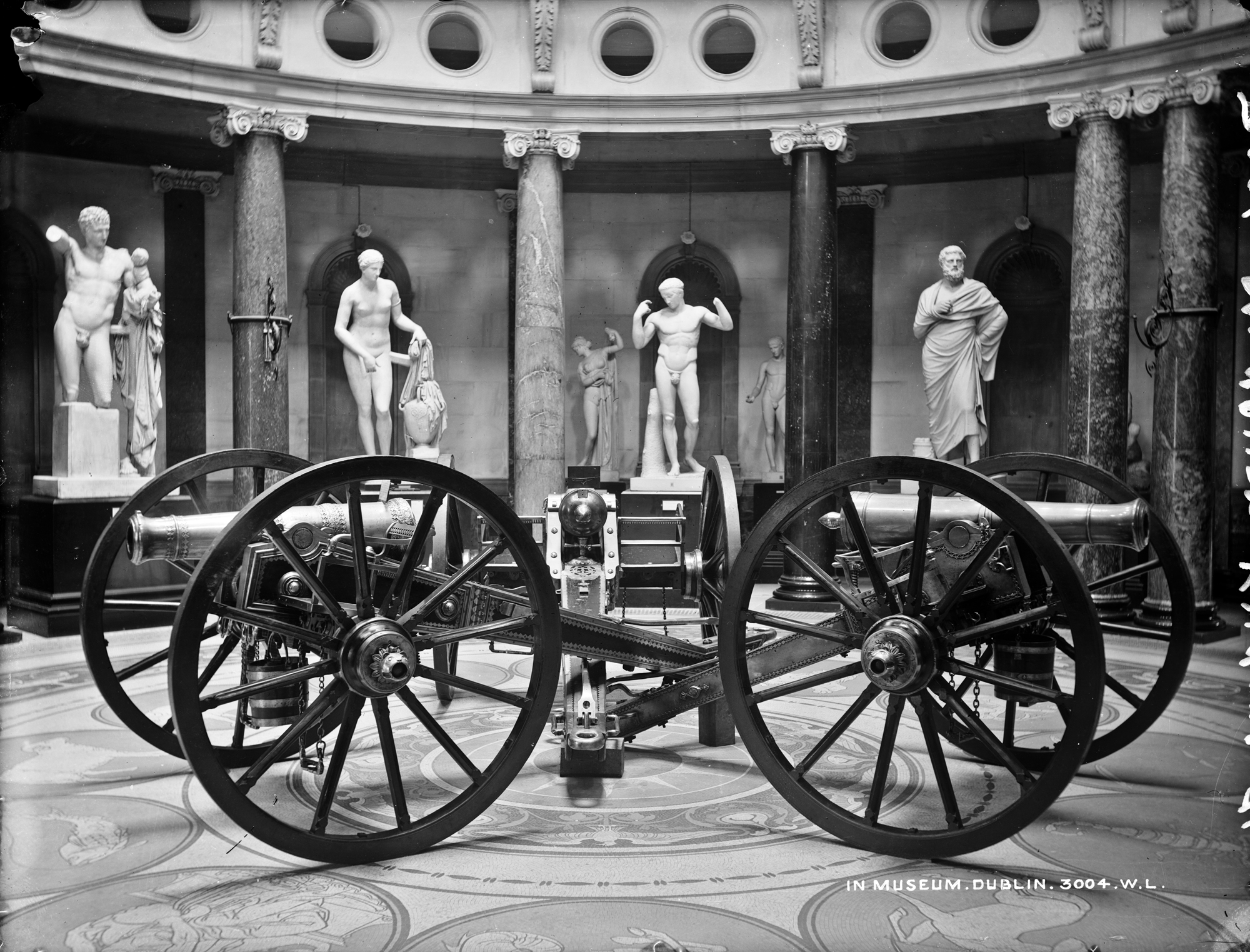 Try to find the date or year when this image was made.
Thanks for contributing!
This crisp and clear shot from the interior of the National Museum of Ireland from Lawrence for today. Four striking pieces of artillery tastefully arrayed among classical sculptures in a round room make for a beautiful display!

With thanks for everyone's inputs today, it is confirmed that French captured this image across the way at our neighbour's rotunda, in the National Museum of Ireland. Sharon.corbet advises that these cannon were captured at the Battles of Sobraon or Mahrajpore during the Anglo-Sikh Wars. While no longer displayed like this at the NMI Kildare St museum, Sharon tells us that one sits within the NMI Collins Barracks collection, and two others at McKee barracks near Phoenix Park....