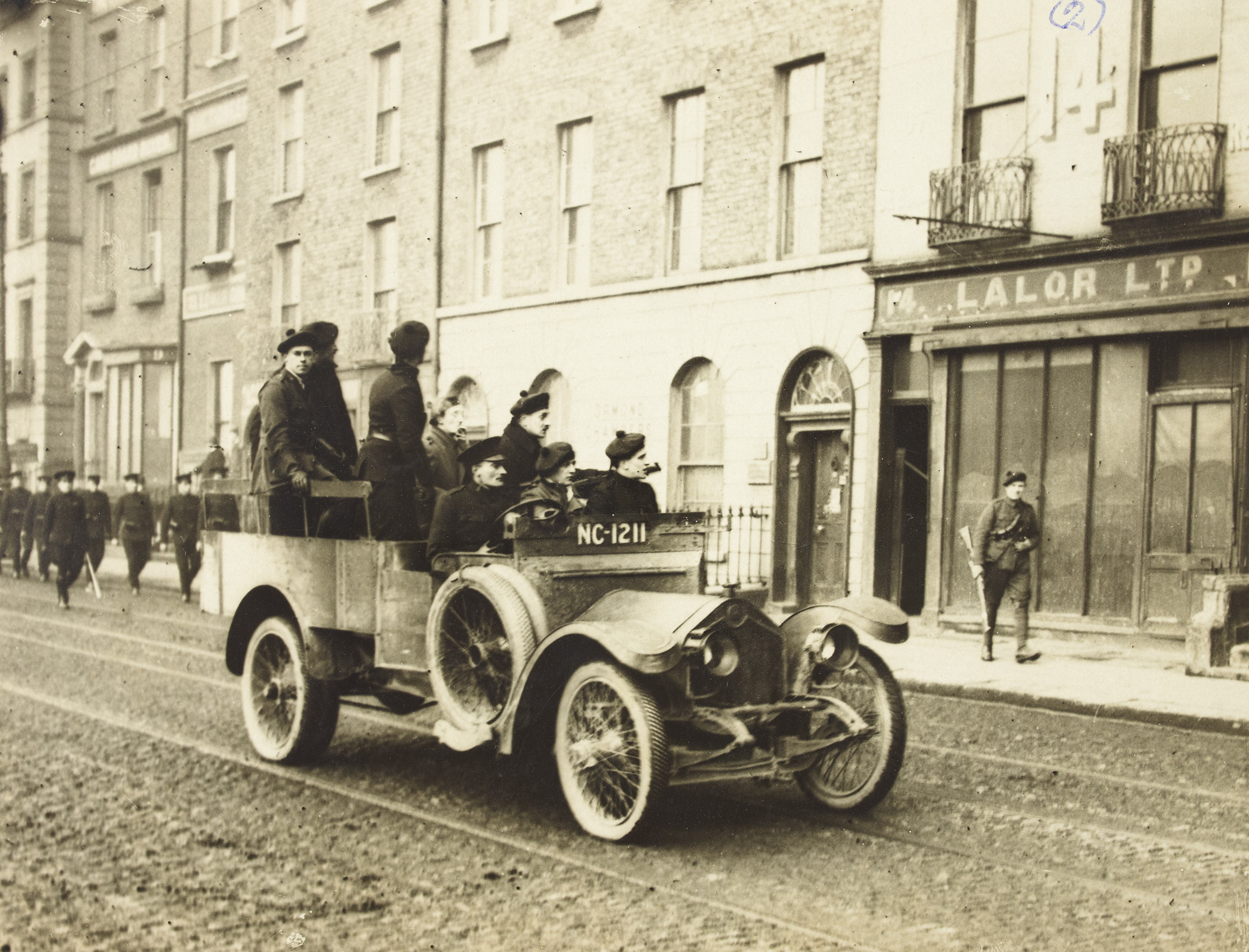 Try to find the date or year when this image was made.
Thanks for contributing!
A lorry load of Auxiliaries, covered by rifle bearing colleagues, lead the funeral of Major Holmes of the Royal Irish Constabulary. He had been killed in an ambush at Castleisland in County Kerry. In the background we see files of RIC following the lorry. This was likely a significant event in the lives of those involved, but who was Major Holmes and what were the circumstances of his death?

With thanks to Mike Grimes and BeachcomberAustralia we have more detail on the death and funeral of RIC Commissioner Philip Armstrong-Holmes. An entry in UCC's "War of Independence Fataility Register" confirms that he was from Cork and served during the Great War. This part of the War of Independence was particularly brutal, and Holmes was a replacement for the previous Commissioner (killed on Cork's South Mall), and was in the area investigating the death of another District Inspector. Yet more reprisals and killings followed his funeral.

Thanks also to Rory_Sherlock for confirmation of location. (After his body was brought from Kerry to Cork, and then from Cork to Dublin by train, the cortege seems to have made its way to Mount Jerome via Ormonde Quay and the city)....