Bow only from W. Nichols 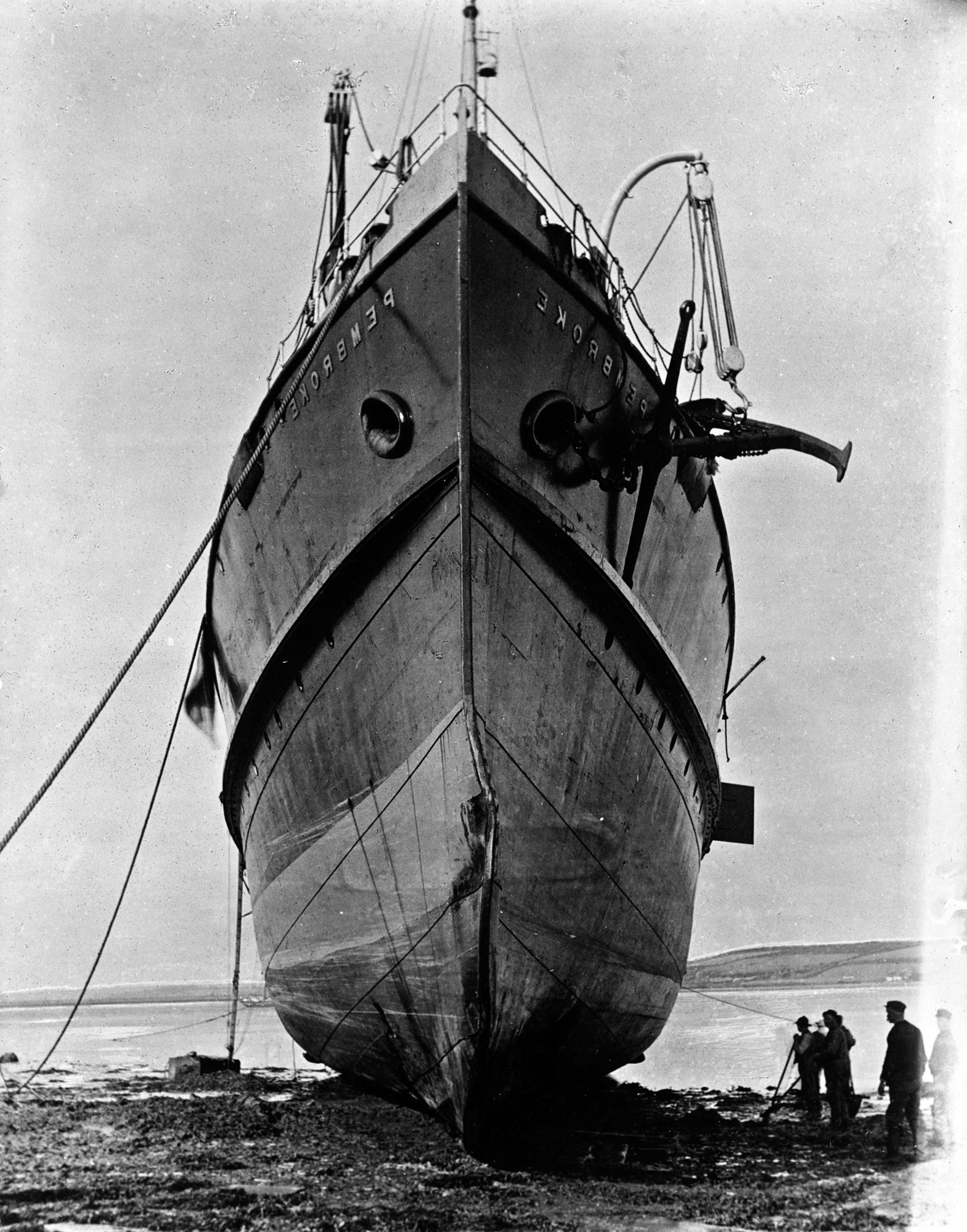 Try to find the date or year when this image was made.
Thanks for contributing!
High, dry and handsome! This ship -which has been allowed to rest on the bottom after the tide went out- looks so different from the sleek and powerful creature of the sea! To me, a landlubber, there seems a shortage of cables and ropes to keep her steady but there is probably a good explanation for that...

And we have sharon.corbet, O Mac and derangedlemur to thank for the explanation. Sharon provides a link to a blog post by Russianside which tells the story. In short, the SS Pembroke (and not a russian vessel named "ƎKOЯBMƎꟼ") operated the Great Western Railway's route from Milford Haven to Waterford. And, on one such trip on 18 Feb 1899, she ran aground off the Wexford coast. A few days later, the Pembroke was refloated, before being deliberately re-grounded (under her own steam) in Waterford Harbour. Unsurprisingly the sight of a large grounded vessel was a major draw for people from the area. She was repaired and operated for another 25 years before retirement.