Belfast Bank in Coleraine - an Oxymoron? 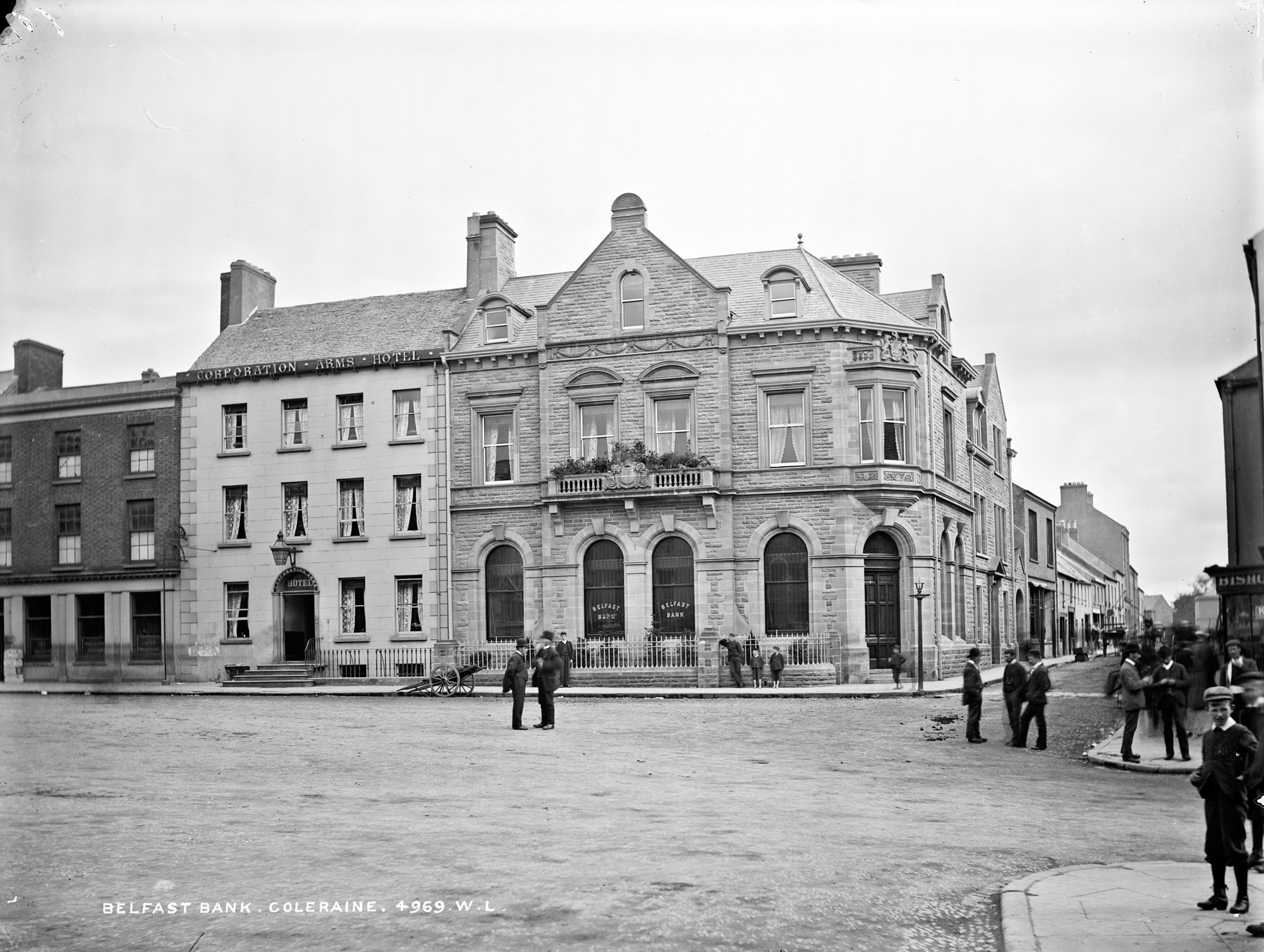 Try to find the date or year when this image was made.
Thanks for contributing!
Though the doors are shut, we're going to the bank today - in the hope that we will get (a) some old money and (b) goods at the prices that prevailed when this image was taken. The Belfast Bank in Coleraine was a substantial building. And, judging by the curtains on the first floor, the bank's manager lived in the building - as was the practice until relatively recently.

Incredible detail was added on the main subject of this image, with a general consensus that the image dates to within a few years of the bank's completion between 1892 & 1894. As noted in the comments, the Belfast Bank was not limited to the province's principal city, with branches throughout the region. The Belfast Banking Company itself was seemingly founded in the 1820s and taken-over by Midland Bank, merging with the now more familiar Northern Bank in the 1970s....