Downshire Bridge and the Cut, Banbridge, Co. Down 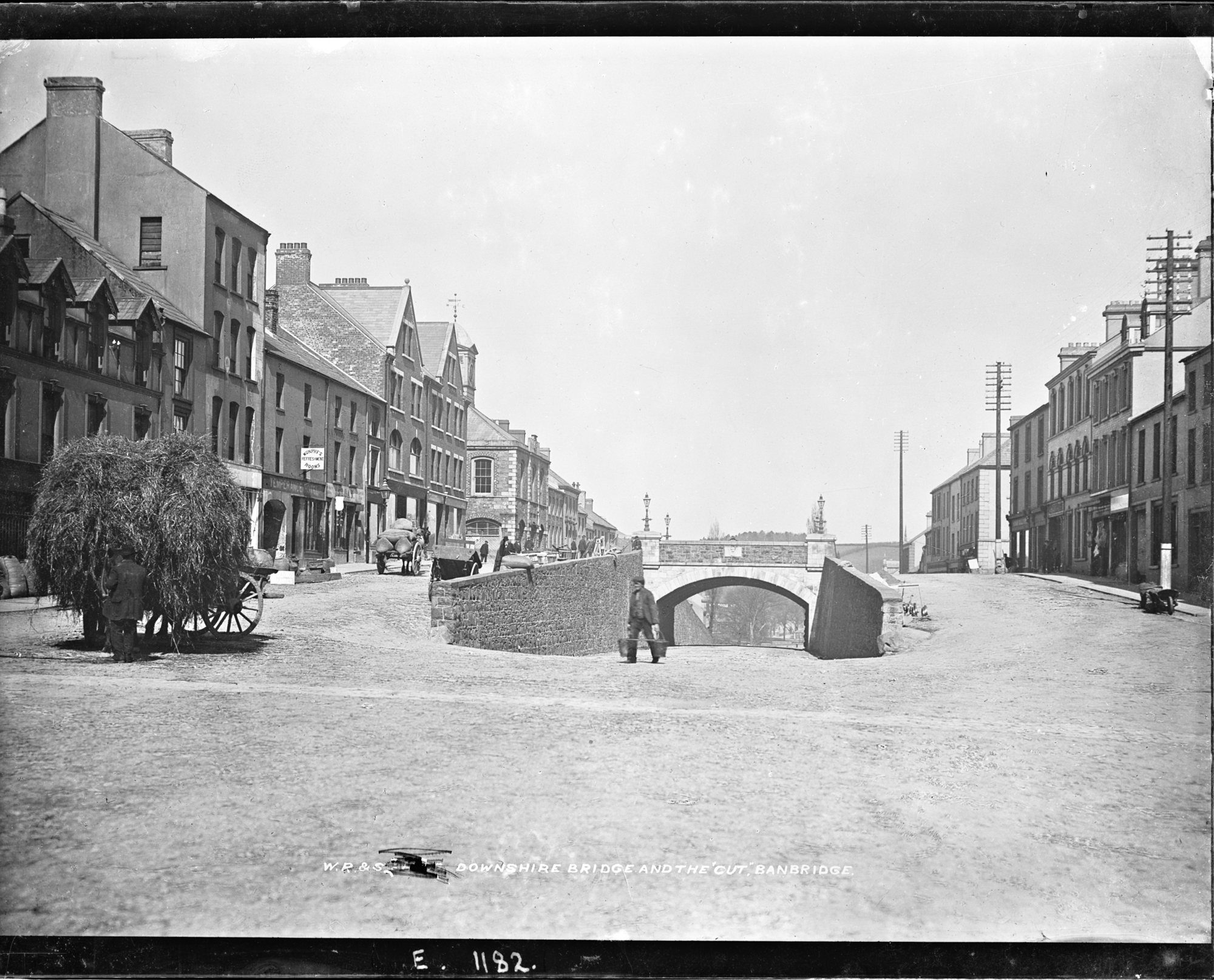 Try to find the date or year when this image was made.
Thanks for contributing!
This lovely image of Banbridge seems to have all the hallmarks of a Robert French image but it is in the Eason Collection. Whoever the photographer was, he decided to do an Irish version of the "Hay Wain" as that hay wain there is way overloaded! Does that give us at least a time of year if not an actual date?

As the location was already confirmed, today's discussion focused on the subject and date. On the latter, inputs on the date from beachcomberaus (who reminds us that William Ritchie & Sons started publishing postcards like this from 1903), and Niall McAuley (who trawled more than a few street directories) have helped refine the range to a few years at the end of the first decade of the 20th century. On the subject, guliolopez and Dún Laoghaire Micheál illustrate that "the cut" was a 19th century engineering project - to help horse-drawn traffic through the town. At least some of which was of clearly overfilled carts :)